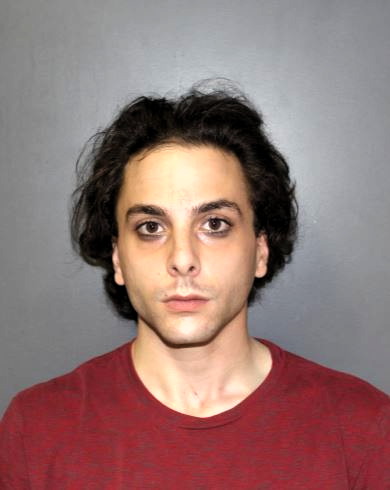 A male resident of Red Bank has been arrested and charged with allegedly setting
three fires in Red Bank and robbing a pharmacy in Little Silver, Acting Monmouth County
Prosecutor Lori Linskey announced on July 28.

Anthony Sambogna, 24, has been charged with second degree robbery and three counts of second degree aggravated arson, according to a press release from the Monmouth County Prosecutor’s Office.

The first arson incident took place at 12:25 p.m. July 25 when an accelerant was used to start a small fire in the parking lot of Red Bank Catholic High School on the 100 block of Broad Street. The fire went out on its own prior to the arrival of police officers minutes later, according to the press release.

Later that same day, at 11:20 p.m., an accelerant was used to start a fire along exterior natural gas meter lines leading into the back of a business on the 300 block of Broad Street.

That fire also went out on its own after initially going unreported, but a second fire ignited on shrubbery at the same location a little more than an hour later was put out by a responding police officer using a fire extinguisher, according to the press release.

An investigation involving members of the prosecutor’s office and the Red Bank Police Department led to Sambogna being identified as a suspect in the incidents and he was arrested without incident on the 600 block of Branch Avenue in Little Silver early on the afternoon of July 26.

The investigation also revealed Sambogna allegedly robbed a pharmacy on Prospect Avenue in Little Silver at 5:25 p.m. July 25. He allegedly threatened a clerk while demanding that the clerk empty the contents of a cash register, according to the press release.

Linskey said that as a result of the repetitive nature of these offenses, anyone with information about these or similar incidents is being asked to contact Monmouth County Prosecutor’s Office Detective Aaron Shaw at 800-533-7443 or Red Bank Police Department Sgt. James Deponte at 732-530-2700.

“Many thanks to all of the various personnel involved in this collaborative investigation leading to the arrest and charges filed against this defendant. The speed and diligence demonstrated by all involved in this investigation is appreciated, especially in light of the deeply dangerous, worrisome conduct that could have easily resulted in a tragic outcome,” Linskey said.