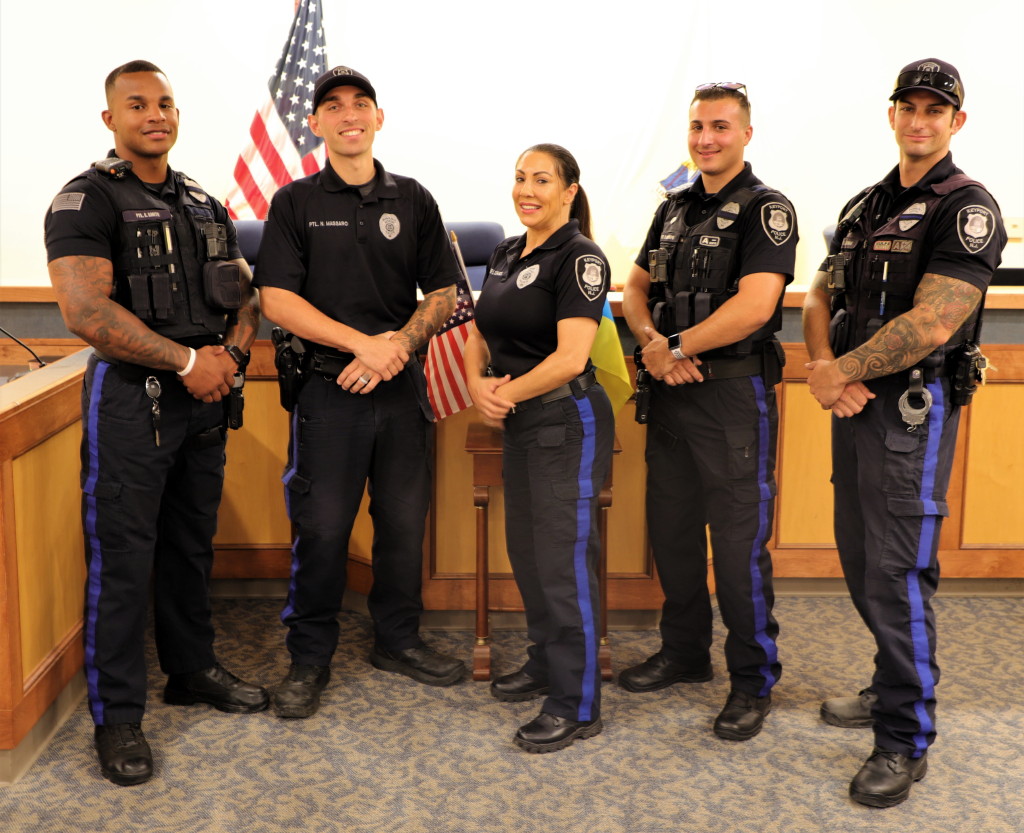 It had all the hallmarks of a call for service that could have easily gone quickly and badly wrong, but because of the efforts of four Keyport Police Department officers – one of whom had completed the Monmouth County Prosecutor’s Office Crisis Intervention Team (CIT) training program a few months earlier – the opposite outcome transpired.

It was the second successful outcome to such a call in July involving officers who attended
the May 2022 CIT training, according to a press release from the prosecutor’s office.

Linskey and McCabe echoed Keyport Police Chief Shannon Torres in praising the officers’ level-headed team response under pressure while they were recently assisting an individual who was experiencing a severe crisis.

“This is what CIT is all about,” Linskey said. “Infusing a police response to a volatile situation such as this with understanding, compassion and a willingness to listen is inevitably going to lead to a hugely improved outcome, and these officers’ actions stand as a powerful testament to that. I am grateful our police departments are embracing CIT and that we are seeing such positive results in the field.”

While DeGroat joined his department in 2014, the other three responding officers have fewer than two years on the job; Koempel earned his badge in January 2021, Massaro in July 2021 and Smith in December 2021.

In May, Koempel was one of a select group of about two dozen sworn officers countywide to participate in the prosecutor’s office third round of CIT training.

The 40 hours of training provided an in-depth look at mental illness, behavioral health, developmental disabilities and their implications for a law enforcement response during a crisis, with a strong emphasis on de-escalation, according to the press release.

And then, all four patrolmen were dispatched to a recent call for an individual in crisis in
a residential neighborhood.

The individual was initially described as being upset, confused and armed, but within minutes, Koempel and his partners managed to calm the situation and convince the person to discard their weapon.

From there, they recalled, they managed to establish a rapport with the individual – who ultimately insisted that the police officers, and not emergency medical technicians, be the ones to transport them to receive medical attention. The officers agreed to the individual’s request.

“Just sitting there talking to someone and really listening goes a long way,” Koempel said when asked to summarize how CIT training guided his approach to the situation.

About half of the more than four dozen law enforcement agencies in Monmouth County have now had at least one CIT training participant to date. Keyport will be adding two more when the fourth round of training kicks off in October, according to the press release.

“Everyone in our ranks now wants to go get trained,” Torres said.

The four Keyport officers who were honored also have one notable trait in common –
policing is a family affair for each individual.

CIT training is based on an innovative international model, with community mental healthcare and advocacy partnerships.