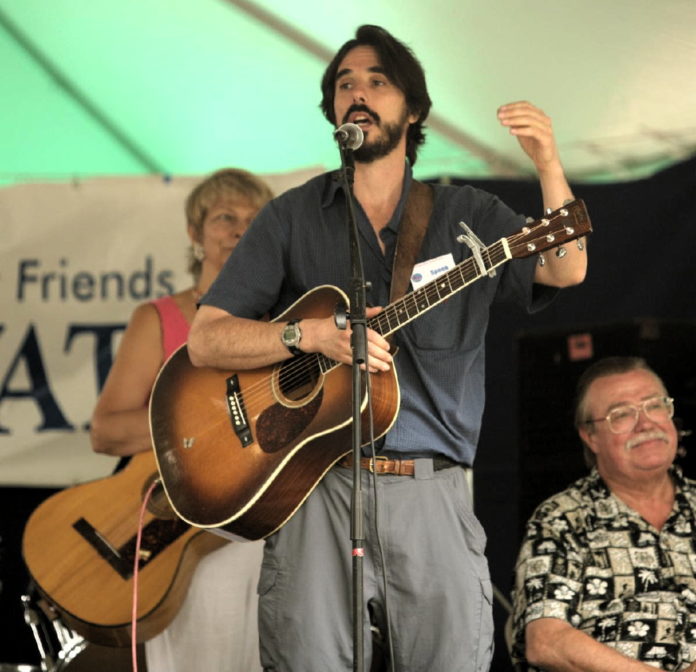 The free New Jersey Clearwater Festival will return from the coronavirus pandemic with live music on the banks of the Navesink River in Red Bank on Aug. 6 (11 a.m. to 7 p.m.) and on Aug. 7 (11 a.m. to 5 p.m.). In addition to music, the 47th annual event will feature environmental information, food and free sailboat rides.

“We are thrilled to be making our live comeback at Riverside Gardens Park,” said New Jersey Friends of Clearwater President Ed Dlugosz, who noted that the 2020 and 2021 festivals were held in a virtual manner on the nonprofit group’s website.

“It’s a beautiful spot to celebrate our environment with music, song and an exhilarating, wind-in-your-hair sail on the Navesink. And be sure to bring a chair or blanket,” he said.

The theme of the Clearwater Festival is “Fight Climate Change” and environmental groups like Climate Change Lobby will be present to provide information about how people can protect the environment, according to a press release.

NJ Friends of Clearwater’s own Circle of Song – led by Ingrid Heldt of Ocean Grove, Isis Ra of Neptune and Dale Lakata – will take the Boardwalk Stage to entertain in an open mike, round-robin singalong style.

The Circle of Song was formed more than a decade ago and convenes monthly to sing and play. The group is made up of several dozen folksingers. Its name is an homage to the late folksinger and environmentalist Pete Seeger, who convened circles of song, according to the press release.
“I remember our first Circle of Song meeting in 2010 in the children’s room at a church in Asbury Park,” said Heldt, a songwriter and singer. “We were sitting on tiny children’s chairs, but we were very committed to creating our own circle and that spirit continues.”
The Circle of Song stage will feature Ingrid Heldt, the Clarity Project, Lydia Adams Davis, Jan Christensen, Mara Levine with Caroline Cutroneo, Sharleen Leahey and the Cactus Flowers, the Solidarity Singers and more. The Circle of Song invites singers attending the festival to sign up and sing with them, each day.
The Main Stage will deliver a variety of music from rock and soul to jazz with performances by Donna and Rick Nestler, the Wag, Spook Handy, Poppa John Bug, Tyler Eats World, the Strazzacasters, Arlan Feiles, Corvid Corpus, Amanda Duncan, Lakehouse Music Academy and more.
There will be crafters, food vendors and other vendors on hand in the park, according to the press release.

Environmental organizations such as Clean Ocean Action, the Littoral Society, the Sierra Club, Clean Water Action and the Climate Change Lobby will provide information about events and issues that affect people’s health and well-being. There is also a planned environmental justice roundtable.

A special feature of the 2022 Clearwater Festival will be free sailboat rides hourly on Pete’s Banjo, which is named after Pete Seeger’s favorite instrument, Dlugosz said.