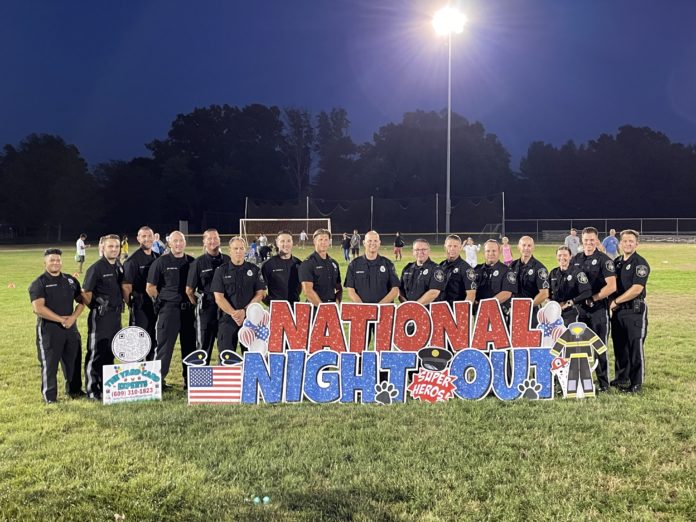 Crime watch information, fire and EMS equipment displays and assorted games and activities were among the highlights of the event. More than 60 businesses and organizations set up informational booths.

There was a demonstration by a K9 dog trained to sniff out drugs, child safety seat inspections, fire hose demonstrations and tours of East Windsor police patrol cars, officials said.

A climbing obstacle course, inflatable games, face painting and air brush tattoos amused the children and there was music and refreshments, officials said.

Mayor Janice Mironov issued a mayoral proclamation to members of the township’s Neighborhood Crime Watch. The proclamation stated, “National Night Out is intended to send a strong message to criminals letting them know that the community and the police have joined together in fighting crime.”

The goal of National Night Out is to forge a bond between local police and the residents they serve, according to the National Association of Town Watch. It has been held on the first Tuesday in August since 1984 in cities and towns across the U.S.

“National Night Out was a tremendous community success. We thank our police department, our volunteer fire company and rescue squad volunteers, and the many businesses and organizations for the support and participation in helping to make East Windsor’s National Night Out such an outstanding event,” Mironov said.