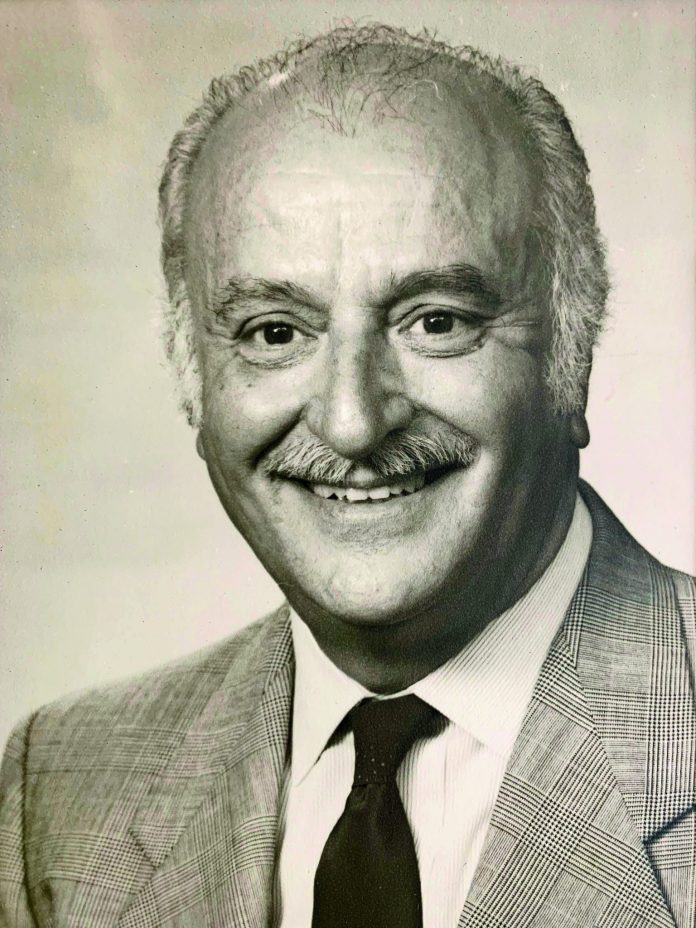 Francis Rudolph “Frank” Marchetti died Friday, August 12, 2022, in Princeton, N.J., at age 95, after a good and long life. A dashing Italian American with dark eyes and dark, wavy hair (until he lost it!), Frank’s good looks belied a quiet demeanor and dry wit.

Mr. Marchetti was born in Providence, R.I., the son of the late Domenico and Maria A. Marchetti. He was an industrious young man who served in the U.S. Army and worked his way through college, earning a degree in chemical engineering from Brown University in 1950. After college, he moved to New York City, where he met Gabriella G. Tomassoni on a blind date. The couple wed on May 31, 1958, and eventually settled in Skillman, N.J., where they raised two daughters and lived until 2016, when they moved to assisted living

Mr. Marchetti forged a career as a chemical engineer, with a focus on paper coatings. He worked for many years for Engelhard Corp., retiring in 1996. During the latter half of his career, his work took him often to Japan, and he quickly became smitten with the country, its people and culture, and its food.

Mr. Marchetti enjoyed travel immensely. In addition to Japan, he traveled often to Italy, for work and also with his family. He had a knack for planning trips, decades before the Internet, to lesser-known places around the peninsula. But his favorite spot was his wife’s native Abruzzo region, in particular the green, mountainous National Park of Abruzzo.

His favorite hobbies were patio gardening, reading, and watching tennis. He cared nothing for celebrity, brand names, or trends, but he appreciated good Italian clothing. He enjoyed Italian wine and liqueurs (especially grappa) and his wife’s excellent cooking. Mr. Marchetti was reserved, quiet, occasionally taciturn, especially after suffering a stroke in 1996. But he was also stubborn and perseverant, and with that same spirit of industriousness, managed to overcome the physical challenges left by the illness. Throughout the ordeal and up until his last day, his wry sense of humor never wavered, and his mind and memory remained ever sharp and clear.

Mr. Marchetti was a private person. He kept his opinions to himself and lived by example. He is preceded in death by his wife of nearly 63 years, Gabriella G. Marchetti, who died in 2021. His loss is felt deeply by those who knew and loved him. He is survived by daughters Maria Marchetti (Golowski) and Domenica Marchetti (Vance); and grandchildren Nicholas Vance, Adriana Vance, and Gina Golowski.

At Frank’s request, services will be private.
Arrangements were under the direction of the Hillsborough Funeral Home, Hillsborough, NJ.