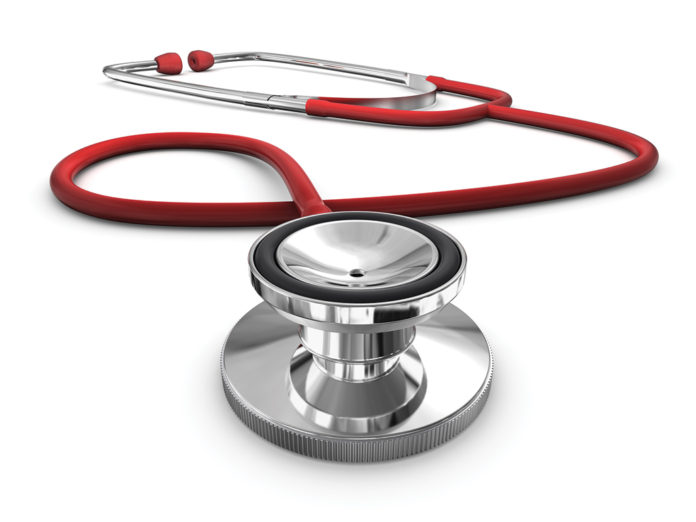 Cervical cancer was once one of the most common causes of cancer death for American women, according to the American Cancer Society.

However, over the past several decades, deaths from cervical cancer have significantly declined thanks in large part to advances in screening, prevention and treatment.

Yet, the risk for the disease remains.

That is why it is so important to keep up with your regular gynecological exams and to talk with your doctor about your health concerns. When detected early, most cervical cancers can be successfully treated.

Cervical cancer begins in the cervix — the lower, narrow end of the uterus.

An estimated 14,100 women are diagnosed with cervical cancer annually, and about 4,200 women will die from the disease each year, according to the American Cancer Society.

Almost all cervical cancers are caused by the human papillomavirus or HPV, a sexually transmitted infection.

Early-stage cervical cancer typically does not have any symptoms. As the cancer grows, common symptoms can include:

• Unusual vaginal discharge that may contain some blood and occur between periods and after menopause.

• Pain in the pelvic region.

If you have any of these symptoms, see your gynecologist right away for an accurate diagnosis.

Infection with HPV is the biggest risk factor for cervical cancer.

The sexually transmitted virus is incredibly common and, as the Centers for Disease Control and Prevention notes, nearly everyone will get it at some point in their lives.

Most HPV infections (nine out of 10) go away by themselves, and often you don’t even know you had it. But in some cases, the virus can linger and over time cause damage to the cervical cells.

While anyone who is sexually active is at risk for HPV, your risk increases if you:

• Have many sexual partners.

• Have one partner who is considered high risk (someone with HPV infection or who has had many sexual partners).

In addition to infection with HPV, other risk factors for cervical cancer include:

• Smoking. Women who smoke are about twice as likely as those who don’t smoke to get cervical cancer, according to the American Cancer Society. Researchers believe that tobacco by-products damage DNA of cervix cells and may contribute to development of cervical cancer.

• Having a weakened immune system. Women taking immunosuppressant drugs or with HIV may not be able to fight off HPV infection and may be more at risk for faster growing cancer.

• Chlamydia infection, which may help HPV to grow and live on in the cervix and therefore increase the risk for cervical cancer.

• Family history. If your mother or sister had cervical cancer, your chances of developing the disease are higher than if no one in the family has ever received the diagnosis.

The best way to detect cervical cancer early, when treatment can be most successful, is to have regular screening tests including a Pap test and an HPV test.

Screening can also prevent most cervical cancers by identifying pre-cancerous changes in the cervix early and treating them before they progress.

Guidelines for screening have changed in recent years and depend on your age and medical history. Talk with your gynecologist during your annual visit about what course of action is appropriate for you.

You can guard against HPV infection by getting vaccinated against the virus. Both girls and boys can get the vaccine, which can protect against the HPV strains most commonly linked to cervical cancer.

• HPV vaccination of children between the ages of 9 and 12.

• Not getting the HPV vaccination if you are older than 26 years.

In general, treatment involves a combination of surgery, radiation and chemotherapy. Additionally, some women may be candidates for immunotherapy treatment, which helps the immune system fight cancer.

For women of childbearing age who still wish to have children, fertility sparing treatment approaches may be an option. Certain advanced surgical techniques can be used to treat cancer while preserving the uterus and the ovaries.

Most women who are treated for cervical cancer make a full recovery.

If you are concerned about your risk for cervical cancer, talk with your gynecologist. With regular screening and vaccination against HPV, you can catch the disease in its early stages and reduce your chances of developing it altogether.

For more information or to find a physician affiliated with Penn Medicine Princeton Health, call 888-742-7496 or visit www.princetonhcs.org.

Charlotte Marcus, MD, is board certified in obstetrics and gynecology and gynecologic oncology. She is a fellow of the American Congress of Obstetricians and Gynecologists and is a member of the Medical Staff of Penn Medicine Princeton Health.