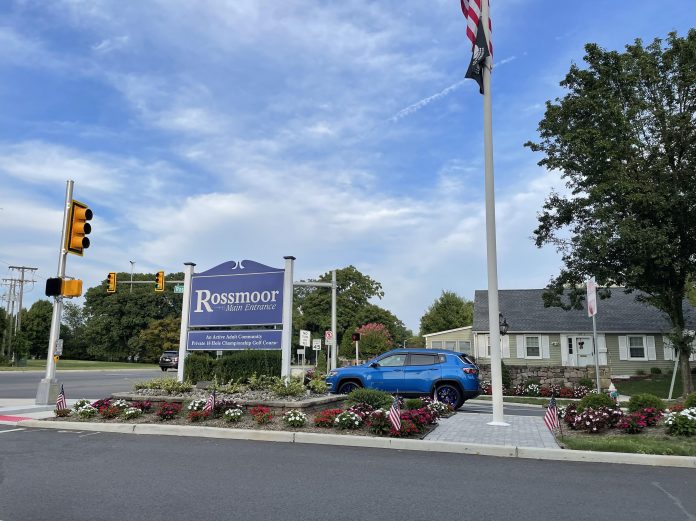 MONROE – Monroe Township will receive $1 million in state funding to address flood mitigation programs for the Rossmoor adult living community, which was devastated by Tropical Storm Henri in August 2021.

The funding has been set aside in the state’s 2023 fiscal budget, according to information provided by the township.

“This grant is a positive step forward, helping us make improvements to control flooding,” said Dan Jolly, president of the Rossmoor Homeowners Association. “On behalf of our residents, I would like to express my appreciation to Mayor [Stephen] Dalina, the 14th district legislators and Middlesex County for their steadfast commitment to the people of our community.”

According to Rossmoor officials, the adult living community covers 418 acres, and consists of 2,300 manors and 3,000 residents.

More than 150 households were impacted and a majority of the homes damaged were within the Rossmoor adult living community. In August 2021, the area was one of the sites visited in the aftermath of the storm by Gov. Phil Murphy.

At the time, Dalina recommended that township professionals begin to examine long-term mitigations in response to an increase in storm intensity and the frequency the storms are occurring.

That included a review of the township’s entire stormwater management system.

According to the township, when advocating for state funding that would go towards future flood mitigation, Dalina went to 14th district state legislators – Sen. Linda Greenstein and Assemblymen Wayne DeAngelo and Dan Benson.

The Democrat legislators advocated for Monroe’s funding during the state’s budget process in 2022.

“Our state legislators have always been there for Monroe, to support us in any way they can,” Dalina said in the statement.

“Through their persistence and focus on helping the people of Rossmoor impacted by this terrible flooding, $1 million has been earmarked in the new state budget. I want to express my deepest appreciation to our state representatives on behalf of so many residents who were impacted.”

Dalina added his appreciation to the Middlesex County Board of Commissioners, led by Director Ronald G. Rios, in the need for flood mitigation at Rossmoor.

He said the funding will be provided to the Rossmoor Homeowners Association during this budget year, which extends to June 30, 2023.

However, it is not yet clear when the funding will be provided, according to the township.