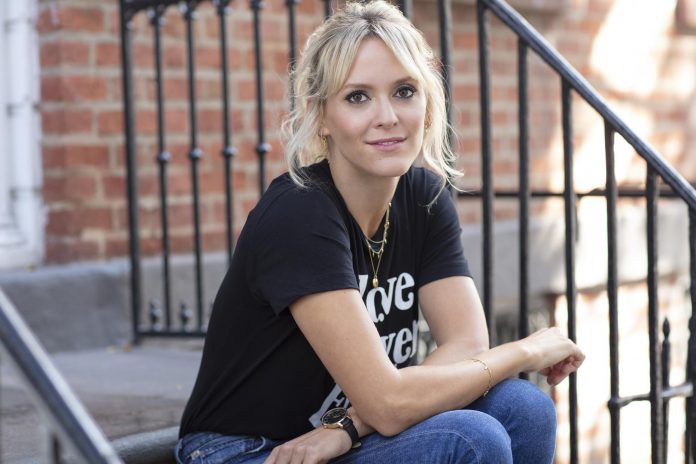 Princeton University Concerts has created a brand-new series that focuses on the way in which humans have been using sound as a way to exist and endure since the start of time.

“Healing with Music” is a multi-year project that invites audiences to hear from musicians who will share their relationship to music during illness and other forms of personal upheaval in events that combine conversation and live performance.

The project will be hosted by Clemency Burton-Hill, an award-winning BBC and WNYC broadcaster, author, musician and host of the popular podcasts “The Open Ears Project” and “Classical Fix.” She is also a brain hemorrhage survivor.

The inaugural season of this series will comprise three events in Princeton University Concerts’ (PUC) 2022-23 offerings.

“When my world suddenly went dark, and silent, following a catastrophic brain injury in 2020, I realized I needed to find my way back to music, my first love; that if I could, it might just hold the keys to my recovery,” Burton-Hill said. “I know that I am not alone in
cherishing that life-sustaining relationship with music, and I hope that by sharing these stories we can celebrate music’s vital role in all of our lives.”

The three “Healing with Music” events this season are:

Burton-Hill will share in concert-conversation about her “miraculous recovery from a devastating brain hemorrhage” with the surgeon who saved her life. It focuses on the role that music played in her recovery. The event will be moderated by Popova, of The Marginalian (formerly Brain Pickings), The New York Times, Wired and The Atlantic.

An avid believer in the healing power of music, cellist and TED Senior Fellow Roman returns to explore the role that music has played throughout his continued, multi-year recovery from long COVID.

The event combines conversation with live performance of works for solo cello that have been shaped by Roman’s medical journey as he reflects on the past two years of illness and looks towards the future.

Hersch is known as a “living legend” according to The New Yorker within jazz’s piano pantheon. He is also a 15-time GRAMMY nominee and the first openly gay, HIV-positive jazz musician.

Amidst the demands of an internationally celebrated career, Hersch spent several months in an AIDS related coma. He makes his PUC debut discussing his profound relationship to music and a performance of his new “Breath by Breath” suite, written during the pandemic and inspired by his meditation practice.

“I hope that this new series will help audiences navigate their own relationships with music after everything we have experienced in response to the pandemic,” said PUC Director Marna Seltzer. “And I am eager to provide musicians a way to openly discuss parts of their lives that are often overlooked within the demands of a concert career. I believe that the Healing with Music series speaks to the humanity at the core of all music-making, and that is something to which everyone can relate, irrespective of COVID-19, but now more than ever.”

Tickets to the three events range from $20-$40 General/$10 Student and may now be purchased online individually or as a series at puc.princeton.edu Phone sales will begin at 609-258-2800 on Sept. 6.

Related events on PUC’s upcoming season include the continuation of the popular Live Music Meditations, which allow for easily accessible, focused listening to world-class music performed by the series’ artists through guided meditation with instruction by Matthew Weiner, Associate Dean in the Princeton University Office of Religious Life.

And PUC’s annual Chamber Jam – an opportunity for the community’s amateur musicians of all ages to read music alongside professional musicians — will take place on Jan. 22, 2023 with a mental health focus facilitated by members of the Me2/Orchestra, the only classical music organization created for individuals with mental illnesses and the people who support them.

For more information about the offerings and the rest of PUC’s 2022-23 season can be found by visiting http://puc.princeton.edu