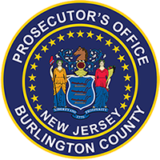 A Florence man was sentenced to five years in prison for his involvement in a GoFundMe scam that garnered nationwide attention, according to Burlington County Prosecutor LaChia L. Bradshaw.

Mark D’Amico, 43, of Florence, was sentenced in Burlington County Superior Court in Mount Holly by Judge Christopher J. Garrenger, in accordance with a plea agreement negotiated by the prosecutor’s office. He pled guilty in December 2019 to misapplication of entrusted property, a second-degree offense, according to a press release through the Burlington County Prosecutor’s Office.

According to documents filed in the case and statements made in the Camden federal court hearing for the other defendant in the case, Katelyn McClure, 32, of Bordentown:

In Nov. 2017, McClure and D’Amico allegedly created a crowd-source funding page on GoFundMe’s website titled “Paying It Forward.” The campaign solicited donations from the public purportedly for the benefit of a homeless veteran, Johnny Bobbitt, 39, of Philadelphia.

McClure and D’Amico posted a story that McClure was driving home from Philadelphia on Interstate 95 and ran out of gas. Bobbitt acted as a “good Samaritan” and rescued McClure by using his last $20 to buy gasoline for her. The website stated that funds were being solicited to get Bobbitt off the streets and provide him with living expenses, setting a goal of $10,000.

D’Amico took a picture of McClure and Bobbitt standing in front of the Girard Avenue exit ramp on Interstate 95 in Philadelphia for the website.

In reality, McClure never ran out of gas and Bobbitt never spent his last $20 for her. D’Amico and McClure allegedly conspired to create the false story to obtain money from donors. The story was quickly picked up by local and national media outlets and went viral and raised approximately $400,000 from more than 14,000 donors in less than three weeks.

The donated funds were transferred by D’Amico and McClure from GoFundMe into accounts that they controlled. The majority of the money allegedly was quickly spent by D’Amico and McClure on personal expenses including casino gambling, a BMW, a New Year’s trip to Las Vegas, a helicopter ride over the Grand Canyon and Louis Vuitton handbags over the next three months.

Within a few months of the campaign’s creation, all of the donated funds had been spent. Once he realized the money had been squandered, Bobbitt took civil action against D’Amico and McClure. He alleged in August 2018 through his attorneys that he had only received approximately $75,000 of the funds raised on his behalf.

At the time, it was the largest fraud perpetrated through the crowdfunding company of more than $402,000. GoFundMe voluntarily reimbursed the donors, according to the prosecutor’s office.

“People genuinely wanted to believe it was true,” Bradshaw said. “But it was all a lie, and it was illegal. Our office is pleased to bring justice for the more than 14,000 kind-hearted people who thought they were helping someone who was living in a desperate situation.”

D’Amico was charged in late 2018 – along with his girlfriend at the time, McClure and Bobbitt – with concocting the feel-good story that misled potential donors into believing the money would go to help Bobbitt, a homeless veteran living on the streets of Philadelphia.

Bobbitt pled guilty in March 2019 to conspiracy to commit theft by deception, a second-degree offense, and was admitted into the New Jersey Judiciary’s Recovery Court program when sentenced in April 2019. The program allows those with addiction problems to seek treatment instead of being incarcerated. However, if Bobbitt fails to adhere to the tightly structured regimen of treatment and recovery services, which includes frequent testing for drug use, he could be sentenced to five years in state prison.

McClure admitted that she advanced the false narrative about Bobbitt, saying it was at D’Amico’s direction, and pled guilty in April 2019 to theft by deception, a second-degree offense in exchange for a four-year term in state prison. She is scheduled to be sentenced on Sept. 9 in Superior Court in Mount Holly.

The cases against the trio in New Jersey Superior Court were put on hold while charges were pursued on the federal level by the U.S. Attorney’s Office in the District of New Jersey.

D’Amico and McClure were ordered by the federal judge to make full restitution to GoFundMe.