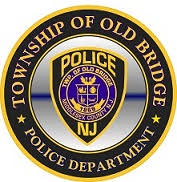 OLD BRIDGE – Two veteran police officers, who served as acting police chiefs within the past 18 months, have retired.

Acting Police Chief Scott Gumprecht took over the role on April 1, and Capt. Joseph Mandola served as acting police chief from 2021 through March 31.

Fritz Jr., shared through a social media post on Sept. 8 that Gumprecht and Mandola decided to retire after 28 and 31 years respectively. Both officers have served the residents of Old Bridge for nearly 60 years combined.

Fritz Jr. wished his fellow officers the best as they retire and enter new chapters in their lives.

“Joe and Scott, it was an honor serving and protecting our community with both of you. Congratulations on your retirement,” he said.

“To both the Gumprecht and Mandola families, words cannot begin to express the impact these two gentlemen have had on the department and the community. We thank you for letting us borrow both of them for all these years.”

With retirements come promotions, which are expected soon, Fritz said.

To the residents of the township, Fritz said the names of officers may change, but “our mission remains the same.”

“We are here for you,” he said. “We appreciate all of your support throughout the years and look forward to our continued partnership.

“Policing is a team sport and Old Bridge Township has one of the finest teams in the business. Our job is impossible without the support of our community.”