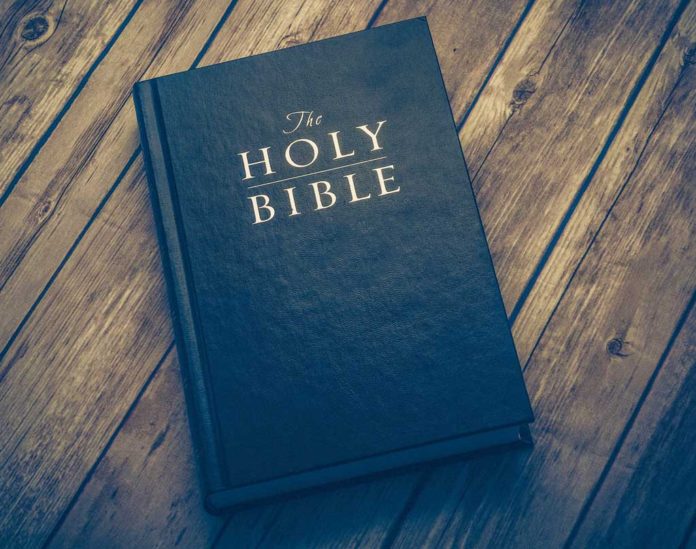 MIDDLETOWN — Twenty-five years ago, parishioners at the Parish of Saint Mary took on what seemed like a Herculean task: Manning a continuous, 24-hour prayer vigil before the Holy Eucharist indefinitely.

A quarter-century later, the Eucharistic Adoration Chapel at Saint Mary has been designated as the first shrine in the Diocese of Trenton, according to a press release.

Located in the original Saint Mary Church – a historic building constructed in 1901 – the chapel will be officially consecrated by The Most Rev. David M. O’Connell, bishop of Trenton, on Oct. 16.

O’Connell will preside over Holy Mass at 10 a.m. and will officially dedicate the shrine under the title of Our Lady of the Most Blessed Sacrament, according to the press release.

In all Catholic parishes, the Blessed Sacrament is traditionally contained within a tabernacle, except for designated times for Eucharistic Adoration several times a year.

Eucharistic Adoration requires the sacrament to be displayed outside the tabernacle and be constantly attended by one or more individuals.

The Catholic faith teaches that Jesus is present in the Blessed Sacrament, providing those who participate in Eucharistic Adoration with the opportunity to pray, meditate and give thanks in His presence, according to the press release.

“We are honored Bishop O’Connell will establish the first diocesan shrine at the Parish of
Saint Mary,” said Father Jeff Kegley, pastor. “Our Lady of the Most Blessed Sacrament will be a place of pilgrimage, perpetual adoration, prayer and devotion, inspiring visitors from many communities to deepen their faith and move closer to Christ.”

Kegley led the effort to establish the continuous prayer vigil in response to a 1997 call
from the late Pope John Paul II for churches to establish perpetual adoration chapels.

Parish officials initially hoped to persuade 200 people to cover the 168 hours in the week; instead, 670 signed up – many from surrounding parishes.

At the time, Kegley told a reporter with The New York Times the vigil would continue for “as long as God wants it.”

Today, a steady stream of “regulars” schedule shifts to ensure the Eucharist is never left unattended. A team of substitutes remains on standby to cover unplanned absences, according to the press release.

The designation of Our Lady of the Most Blessed Sacrament coincides with the National
Eucharistic Revival advocated by the bishops of the United States.

The three-year initiative, which began with the Feast of Corpus Christi on June 19, encourages laypeople, families, religious orders and priests to contribute their time, talents and prayers to a grassroots spiritual renewal centered on the Eucharist that is needed in the world today. It will conclude with a National Eucharistic Congress in July 2024, according to the press release.

“The Eucharist is at the heart of every Catholic parish,” Kegley said. “At the Parish of Saint Mary, Eucharistic Adoration has deepened our community’s commitment to prayer and worship. It is a remarkable expression of faith.”

The Parish of Saint Mary was founded in 1879. The parish currently serves as the spiritual home of more than 4,200 families and hosts more than 65 programs and ministries, including Saint Mary School, which is on the parish grounds, according to the press release.