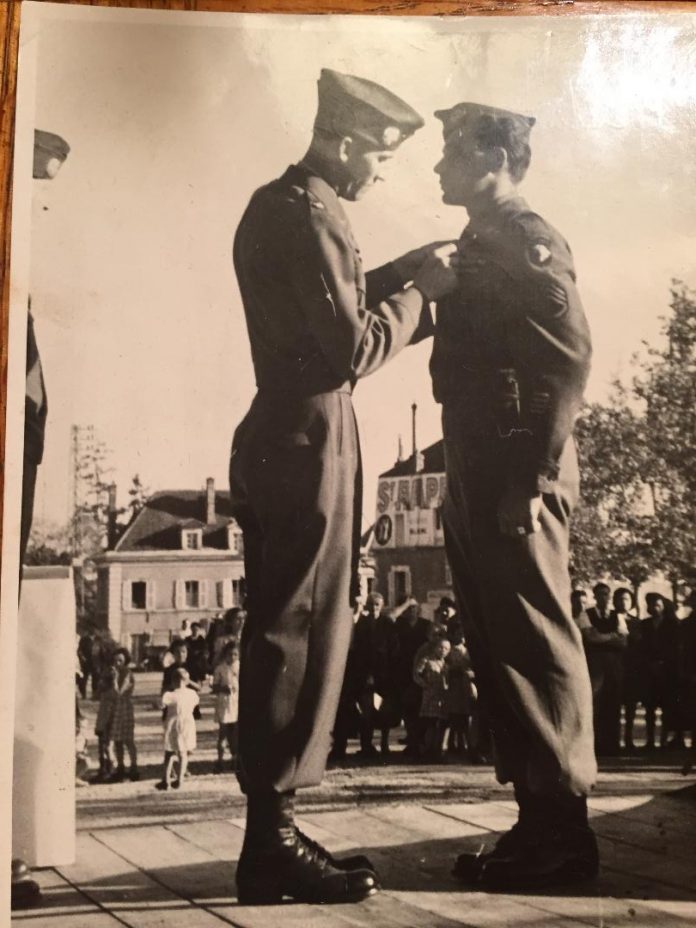 World War II veteran Ben Milstein, a resident at a Hillsborough Assisted Living facility, is turning a century plus two.

Paul Goldstein said he wanted to bring the public’s attention to his father-in-law, who is among a number of “rapidly dwindling number of World War II veterans still with us.”

He was with the Parachute Infantry of the 101st Airborne entering France prior to the actual invasion, according to Goldstein.

Milstein was a member of the 101st Airborne Division or Screaming Eagles, one of the most decorated formations of the U.S. Army that specialized in air assault operations, Goldstein said.

He was part of the 502nd Parachute Infantry Regiment (502nd PIR), which was assigned as a regiment of the 101st Airborne Division. The 502nd PIR performed in Normandy, in early June 1944. At the start of the D-Day invasion, their mission was to destroy a German battery of 122 mm howitzers near Ste Martin-de-Varreville, close to Utah Beach. He was also in the Battle of the Bulge and spent time in Holland.

Prior to entering the war, Milstein worked in the Brooklyn Navy yard supervising the installation of bulkheads on military ships. He received the bronze star in Germany in July 1945.

Milstein is a dedicated Yankee fan who never leaves home without his Yankee cap. Born in 1920, his brother took him to his first baseball game at Yankee Stadium in 1927.

“Yes, the 1927 Yankees and Babe Ruth turned him into a lifelong Yankee fan,” Goldstein said. “This in itself is a story as how many people can say they actually saw the Babe at the plate.”

Milstein raised two daughters and was married for almost 60 years before his wife passed away. He worked in the garment industry as a pattern maker to support his family after the war.