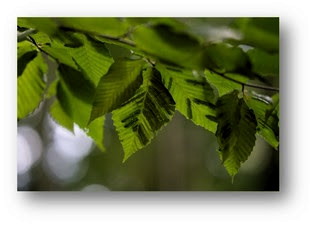 Officials at the New Jersey Department of Environmental Protection (DEP) are urging New Jersey residents to check trees on their property for signs of beech leaf disease and to report their findings to the New Jersey Forest Service, DEP Commissioner Shawn M. LaTourette announced.

Beech leaf disease was first detected in Bergen and Essex counties during the summer of 2020 and is now confirmed in 10 additional counties, including Monmouth County, according to a press release from the department.

Beech leaf disease is an emerging forest health threat impacting native and ornamental beech trees, including American, European and Oriental beech in the Northeast. Initial visible symptoms are dark bands between leaf veins, which are best seen when holding a leaf up to a light source, according to the press release.

At first, symptoms may only be present on a few leaves within a single branch, making initial detection difficult.

“The threat of losing yet another native tree species from our forests within a short period of time can exacerbate an already strained system that struggles with other stressors such as invasive plants, deer herbivory, drought, flooding and climate change,” State Forester John Sacco said.

“We are experiencing the widespread loss of ash trees due to the emerald ash borer, along with both the historic losses of American chestnut from chestnut blight and American elm from Dutch elm disease. Through individual observation and research, we can better understand beech leaf disease and work to keep beech trees in our forests and yards,” Sacco said.

“Beech trees are a common landscape tree throughout New Jersey, as well as an important species for wildlife, including bears, turkeys and wood ducks,” said John Cecil, assistant commissioner of state parks, forests and historic sites.

“Ornamental beech such as weeping beech and copper beech are also susceptible to beech leaf disease. To lose beech trees from the landscape and ecosystem will have significant environmental impacts, which is why we are asking for the public’s help in checking trees and contacting the New Jersey Forest Service if they spot evidence of this disease,” Cecil said.

Smaller understory beech trees appear to be most susceptible to beech leaf disease, but beech trees of all size classes can be affected. The disease is progressive and causes severe decline to a tree’s health before the tree eventually succumbs, generally within two to seven years, according to the DEP.

Residents with questions or suspected beech leaf disease outside those counties may contact the New Jersey Forest Service’s Forest Health Program by emailing foresthealth@dep.nj.gov or calling 609-292-2532.

Beech leaf disease was discovered in 2012 in Ohio. Its full cause and mechanism of spread remain unknown.

Symptoms are associated with a newly recognized subspecies of the anguinid nematode (Litylenchus crenatae mccannii), which is a non-segmented microscopic worm. Nematode infection mechanisms are not fully understood, but research indicates the nematode is associated with buds and leaves of affected beech trees.

There is no known treatment for beech leaf disease, but research is ongoing. Best management practices, such as following Don’t Move Firewood guidelines and monitoring healthy beech trees in landscapes and forests, may be the best defense until beech leaf disease is better understood, according to the press release.

The New Jersey Forest Service is helping to support research efforts by establishing 12 long-term monitoring plots to measure and track beech leaf disease across New Jersey. This is part of a collaborative multi-state effort to collect data in the hope of detecting trends and better understanding beech leaf disease progression.

Beech is an important species within hardwood forests of northern New Jersey. The United States Department of Agriculture Forest Service’s Forest Inventory and Analysis Program estimates there to be more than 1.1 million metric tons of carbon stored within an estimated 12 million beech trees throughout New Jersey.

Losing these trees would result in the release of stored carbon into the atmosphere as the trees decompose, contributing to the greenhouse gas emissions that cause climate change, as well as future loss of ongoing carbon sequestration, according to the DEP.

Beech leaf disease is one of the many threats to New Jersey’s forests. American beech trees have previously been impacted by beech bark disease, which was first detected in New Jersey in the mid-1970s. American beech trees seen today are survivors of beech bark disease, but do not appear to fare as well with beech leaf disease.