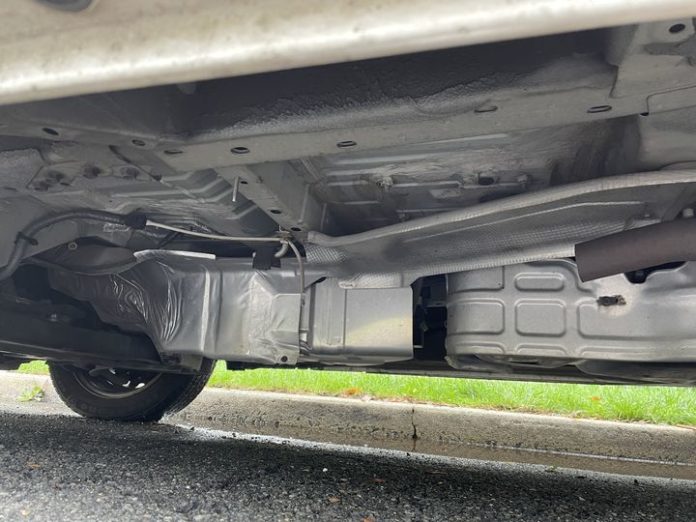 METUCHEN – The borough is experiencing a rash in catalytic converter thefts from vehicles.

Three catalytic converter thefts from parked vehicles were reported stolen on Woodbridge Avenue and Beechwood Avenue, Newman Street and Rose Street and Halsey Street from Sept. 9-12, according to police.

The catalytic converter is an expensive part of a vehicle’s exhaust system. The suspect’s, usually two to three people working together, pull up alongside the targeted parked car, according to police.

Once there, they raise the car up with a jack and cut the catalytic converter off with a portable handheld reciprocating saw. The entire ordeal takes anywhere from one to two minutes. The cutting process is often very loud but sometimes the thieves attempt to conceal the noise by turning their car radios up in hopes the sleeping victims won’t hear the sound of the saws, according to police.

On Sept. 16, patrol units were in a short pursuit with a vehicle believed to be a grey BMW 5 Series with a stolen New York license plate GMH9410. The vehicle is believed to be directly involved in recent catalytic converter thefts, police said.

Police posted the photo of the vehicle on its social media pages.

The pursuit was terminated since no thefts were witnessed and police are unable to pursue vehicles for a stolen license plate, police said.

Anyone who sees the vehicle is asked to call 911 immediately. For anyone who sees or hears anything suspicious in relation to catalytic converter thefts contact the Metuchen Police Detective Bureau at 732-632-8503.