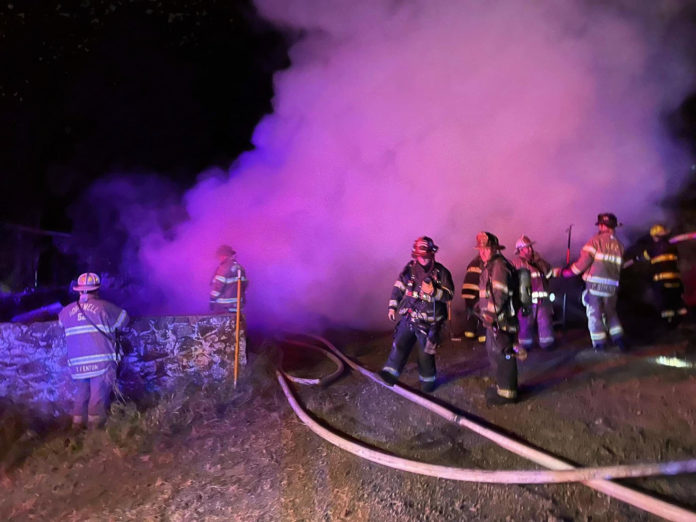 An early morning fire has destroyed the historic Walker house on Woosamonsa Road, according to the Hopewell Township Police Department.

“It is a great loss to the community to lose such an important structure. It is fortunate that the building was unoccupied at the time, and there were no injuries,” said Reba Holley, Hopewell Township’s communications and outreach manager, in a press release on Sept. 29.

A police officer who was on patrol on Bear Tavern Road at 2:30 a.m. Sept. 29 noticed a large cloud of smoke billowing in the distance on Woosamonsa Road. Around the same time, a Pennington-Harbourton Road resident called 911 to report a similar observation, police said.

When the police officer arrived at the scene, he found the house – which was unoccupied – was fully involved in fire, police said.

The cause of the fire is under investigation by the Hopewell Township Police Department, Hopewell Valley Emergency Services and the Mercer County Prosecutor’s Office.

Holley said all fires in the township are investigated as suspicious in nature until proven otherwise.

“At this time, evidence suggests that this is an isolated incident,” she said.

Anyone with additional information is asked to contact Detective Michael Makwinski at 609-737-3100 or mmakwinski@hopewelltwp.org.