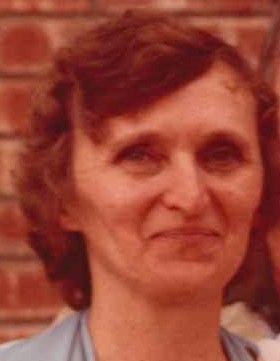 She was born August 29, 1932 in Skillman, NJ; the daughter of Laszlio & Mary  (Mitro) Toth.  She was raised in Skillman, moving to Randolph in 1980, East Randolph in 1983 and to Randolph Center in 2001.  She had worked as a bookkeeper for the State of New Jersey, a school bus driver for Montgomery Twp, NJ, and as a tour guide for the Calvin Coolidge Homestead in Plymouth, VT.  She was married to Donald Perrin in Hopewell, NJ on June 11, 1955.  He passed away in 1983.  Elizabeth was a member of the Alter and Rosary Society at St Alphonsus Catholic Church in Hopewell, NJ, St. Anthony Catholic Church and Catholic Daughters in Bethel.  She was also a member of Middle Branch Grange and a charter member of Montgomery Twp, NJ First Aid Squad.  She enjoyed reading cookbooks, crafting, cooking for her family, sewing and gardening.

Calling hours were held at the Day Funeral Home in Randolph.  The Mass of Christian Burial was held Thursday, July 28th at Our Lady of the Angels Catholic Church in Randolph, with burial following at East Randolph Cemetery. Contributions in her memory may be made to Middle Branch Grange or St. Anthony’s Catholic Church in Bethel.  Online condolences may be left at www.dayfunerals.com.