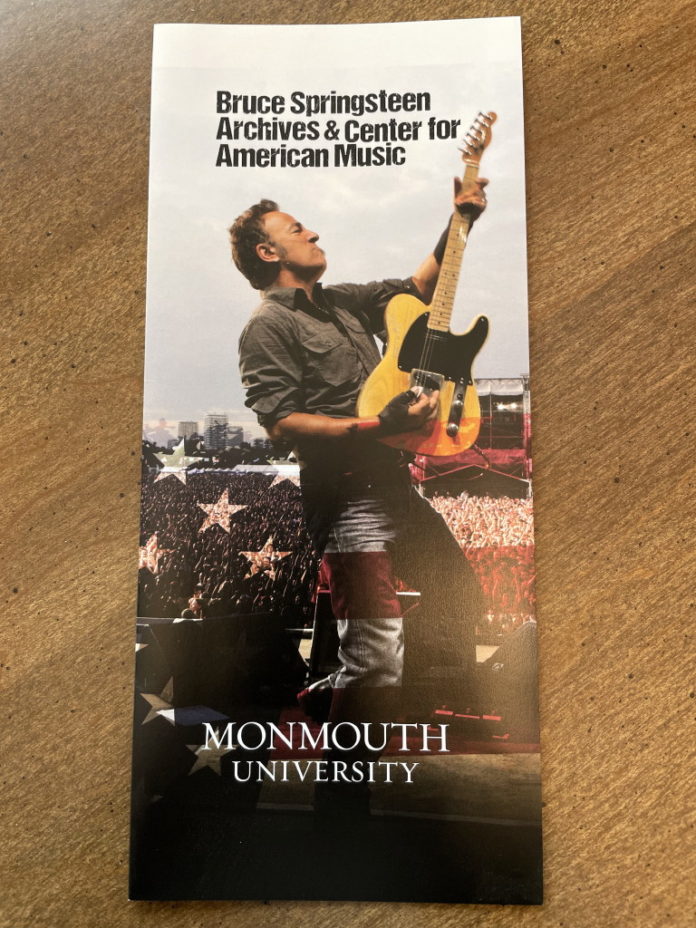 The Bruce Springsteen Archives and Center for American Music at Monmouth University, West Long Branch, has named Robert Santelli as its executive director.

Santelli will oversee the Springsteen archives and work to create programs, exhibits and collaborations with music museums and universities around the country, according to a press release.

Dr. Patrick F. Leahy, president of Monmouth University and chair of the Board of Directors of the Bruce Springsteen Archives and Center for American Music, was quoted in the press release saying, “I am thrilled to have Bob officially join our team as we develop our partnership with Bruce Springsteen to house his archives here on campus, and to expand our programs in American music, for which there is such a tremendous history here in New Jersey and especially at the Jersey Shore.”

Jon Landau, Springsteen’s longtime manager and vice chairman of the Bruce Springsteen Archives and  Center for American Music, added, “Bob Santelli, with his Jersey Shore roots and music history background, is the best person to oversee the Springsteen collection, and to create a vibrant center for American music education and experiences.

“Bob was at the Stone Pony in the early 1970s when Bruce started playing there, writing reviews for the Asbury Park Press, and has been a good friend ever since,” Landau said.

A Grammy Award-winning music historian, producer and educator, Santelli was the founding executive director of the Grammy Museum in Los Angeles and is the author of more than a dozen books on American music, including The New York Times best-seller, “Greetings from Asbury Park: The Story of Bruce Springsteen and the E Street Band.”

Santelli also produces the American Strings series and lectures on popular music and the music industry at Oregon State University, an affiliate of the Grammy Museum and the Bruce Springsteen Archives and Center for American Music.

A longtime music journalist, Santelli was one of the Rock and Roll Hall of Fame and Museum’s original curators and vice president of education and public programs before moving on to head Paul Allen’s Experience Music Project in Seattle, Wash.

While at the Grammy Museum, Santelli created the popular public program series “An Evening with …” and developed more than 50 exhibitions including Woody Guthrie, Frank Sinatra and Leonard Bernstein centennial celebrations, according to the press release.

Santelli served as an executive producer of the public television series “In Performance at the White House” and worked closely with First Lady Michelle Obama to present more than a dozen music education programs at the White House during the Obama administration.

“I am honored to serve my alma mater and join Archives Director Eileen Chapman as one of the caretakers of Bruce Springsteen’s incredible legacy,” Santelli said. “The opportunity to bring the Archives and Center for American Music onto the nation’s cultural and educational landscapes is a rare opportunity that I deeply appreciate.”

The Bruce Springsteen Archives and Center for American Music at Monmouth University serves as the official archival repository for Springsteen’s written works, photographs, periodicals and artifacts.

The center preserves and promotes the legacy of Springsteen and his role in American music, while honoring and celebrating icons of American music like Woody Guthrie, Robert Johnson, Hank Williams, Frank Sinatra and others.

The archives comprise nearly 35,000 items from 47 countries, ranging from books and concert memorabilia to articles and promotional materials. The collection serves the research and informational needs of music fans, scholars, authors and others with a serious interest in the life and career of Bruce Springsteen, according to the press release.