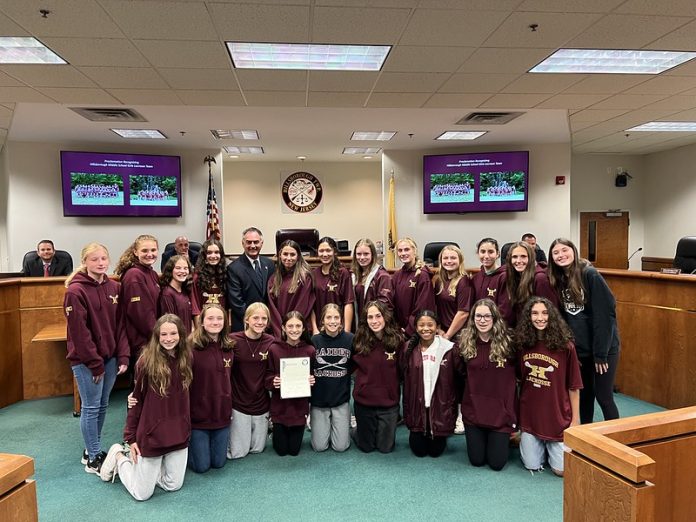 The 2022 Hillsborough Middle School Girls Lacrosse Team went undefeated during a very successful season due to their “hard work and dedication.”

The team received a proclamation from the township at a Township Committee meeting on Oct. 11.

Eleven different players scored for the team and six players had more than 12 goals during their championship win against Montgomery.

Mayor Shawn Lipani and the Township Committee commended the team, coaches, and parents for their successful season and for their “hard work, dedication, and commitment to the sport and to those principles of good sportsmanship, teamwork, and academic achievement which the team strives to achieve.”