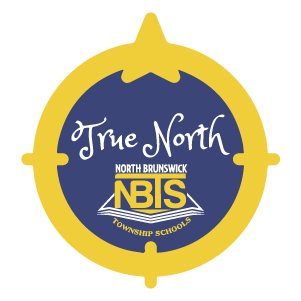 NORTH BRUNSWICK – The North Brunswick Township High School recognized its Hall of Fame inductees with a luncheon at the high school.

The luncheon was held on Oct. 21 with school and township officials.

DeWitt is the CEO of Grubhub Inc. where he has led all functions of the U.S. business since June 2021. Prior, he had served as Grubhub’s president since 2017 and chief financial officer since 2011.

During his tenure at Grubhub, the company’s annual revenues have grown from $20 million to more than $2 billion. He led the company through its initial public offering in 2014.

As a student at NBTHS, DeWitt was a member of the National Honor Society and was a four-year member and captain of the varsity tennis team. He was the valedictorian of his class. After high school, he went on to graduate from Dartmouth College.

Gaspari is the founder, president and CEO of G&G Sports Entertainment Group Inc., a firm that provides business development and consulting services to sports and entertainment industry professionals. He is also co-founder of Ascent3 LLC, a professional advisory service firm dedicated to assisting clients in creating and protecting value in the face of critical business risks and opportunities.

Prior to his private practice experience, Gaspari served as a White House staff assistant to then Vice President George H.W. Bush. He coordinated logistics, protocol and security for Bush’s foreign and domestic events.

As a student at NBTHS, Gaspari was a member of many clubs including the National Honor Society, student government, and Model United Nations. He also was a student athlete on the football, track, basketball and baseball teams.

After high school, Gaspari earned a bachelor’s degree in history and literature from Rutgers University. He attended University College, University of London and earned a Juris Doctor degree from the University of Miami School of Law.

Williston was hired in 1974 to teach and coach soccer at NBTHS where his career spanned over 30 years. His tenure at NBTHS included roles as educator, coach, winter and spring athletic sports manager and dean of students.

He served 33 years as the Boys Varsity Soccer coach and posted 32 consecutive winning seasons from 1976 to 2008.

In 1997, the NBTHS Boys Varsity Basketball team conquered the first Greater Middlesex Conference (GMC) title in school history. The team went on to be a state sectionalist finalist that season and their 23-5 record remains the best in the NBTHS history of boys basketball.