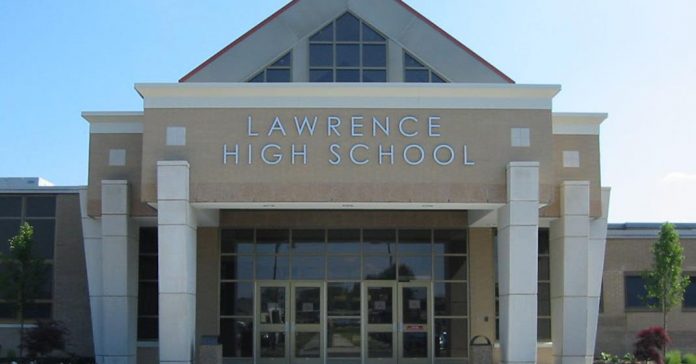 That’s what some parents claimed – and school district officials disputed – at the school board’s Oct. 19 meeting.

At the center of the debate is the school district’s nine-page policy on transgender students, known as Policy 5756. It is mandated by the New Jersey Department of Education (NJDOE).

The policy, which was adopted in 2016 and revised in 2019, states that the New Jersey Law Against Discrimination “generally makes it unlawful for schools to subject individuals to differential treatment based on gender identity or expression.”

The policy states that it was adopted by the school board to help school district officials to “take steps to create an inclusive environment in which transgender and gender-nonconforming students feel safe and supported, and to ensure each school provides equal educational opportunities for all students.”

“In addition, a legal or court-ordered name change is not required. There is no affirmative duty for any school district staff member to notify a student’s parent of the student’s gender identity or expression,” the policy states.

But several parents expressed concern that the policy encourages children to question their gender. Some parents also disagreed with some of the books that have been read to – and by – students as early as first grade.

During the public comment portion of the meeting, resident Ana Samuel said she believes the curricula “strongly encourages children to question their gender and moves them toward the slippery slope of ‘transgender treatment plans.'”

Samuel outlined four stages to a transgender treatment plan. The first step is social transition, in which a child is encouraged to dress and behave like the opposite sex and to take on a new name and pronoun.

The second step is to administer puberty blockers, or hormones, to halt the natural progression. Cross-sex hormones mark the third stage, and the final state is sex reassignment surgery, she said.

“Lawrence curricula and policy primarily encourages stage 1 of this process, but school staff may be encouraging stage 2 as well. Once a child is ushered into stage 1, it’s much more likely he or she will continue down this destructive path,” Samuel said.

Samuel said the social studies curricula in every grade, starting in kindergarten, offers lessons and story books that normalize cross-dressing, glamorizes gender-bending and encourages new names and pronouns. A person’s internal sense of gender – not the objective reality of their bodies – is what counts, she said.

Fourth-grade students get a lesson on the “gender snowperson,” where children are invited to think of themselves as snow-beings and play a game to be anything they want of whatever gender, irrespective of their physical bodies, Samuel said.

Parent April Readinger, who is an attorney, cited U.S. Supreme Court cases and rulings that establishes that parents have a constitutional right “to direct the upbringing and education of their children.”

The school district’s transgender policy interferes with those rights, she said.

“(The transgender) policy overrides parents’ judgments about whether or not gender transition is in their child’s best interests and takes this decision away from parents without even an attempt to prove that parents are unfit to make that decision,” Readinger said.

“This is blatantly against the constitutional rights of parents,” Readinger said.

Several parents agreed and said it was their responsibility to raise their children.

Andrew Lee, whose son is in first grade, said children should be learning how to read and write. It is his responsibility as a parent to give his son a “moral compass,” he said. He objected to the indoctrination that he claims children are receiving.

Lee said he believes in diversity, but “I think we should re-evaluate the curriculum for first grade.”

Everette Maldonado told school district officials that they are there to do a job, and they should “step up or step out.” He said that despite all the talk about LGBTQ – lesbian gay bisexual transgender queer/questioning – “whatever your preference is, no one cares.”

But some parents and students spoke up in support of the school district.

Jeff Johnson, who has one child who graduated from Lawrence High School and another child who is a freshman at the high school, said he never felt the district was taking away his right to teach his children about his own values.

Lawrence High School senior Laura-Simone Martin said allegations that children have been influenced to change their gender is “scary.”

Martin said she had never been influenced to change to another gender. Reading a book such as “Jacob’s New Dress” – a picture book read to kindergarten students in school – would not influence children to change their gender, she said.

“Jacob’s New Dress” is a picture book about a boy who likes to play dress-up and wants to wear a dress to school – despite other children telling him that he cannot wear “girl” clothes, according to a synopsis of the book on authors Sarah and Ian Hoffman’s website.

In response to the comments during public participation, school board attorney John Comegno said all of the comments had been heard and were respected. It is a reflection of the right to be make public comment, he said.

Comegno said that “to be clear,” details of the curriculum that is being taught in the school district is available online on the school district’s website. Parents can read it for themselves – not what they might watch on cable TV or read on a blog or social media, he said.

Comegno emphasized that the Lawrence school district does not engage in medical or therapeutic treatment. The school district provides an education to students, which is something that it takes very seriously, he said.

On the transgender policy, Comegno said the NJDOE has stated that the policy is mandatory. The school board did not write the policy. It was required to adopt the policy, just like the 600 or so other school districts in New Jersey, he said.

“If there is a concern or a criticism about policy or learning standards in the State of New Jersey, you have a right to be heard. Go to the NJDOE, talk to your elected officials – but not here, these folks (the school board) are powerless when it comes to what the NJDOE says is required or not required,” he said.

Superintendent of Schools Ross Kasun said “we do hear you, we do listen, we do care. What we promote is a sense of respect, acceptance and respect for others.”

“We promote a sense of belonging, which is so important for academic success,” Kasun said.