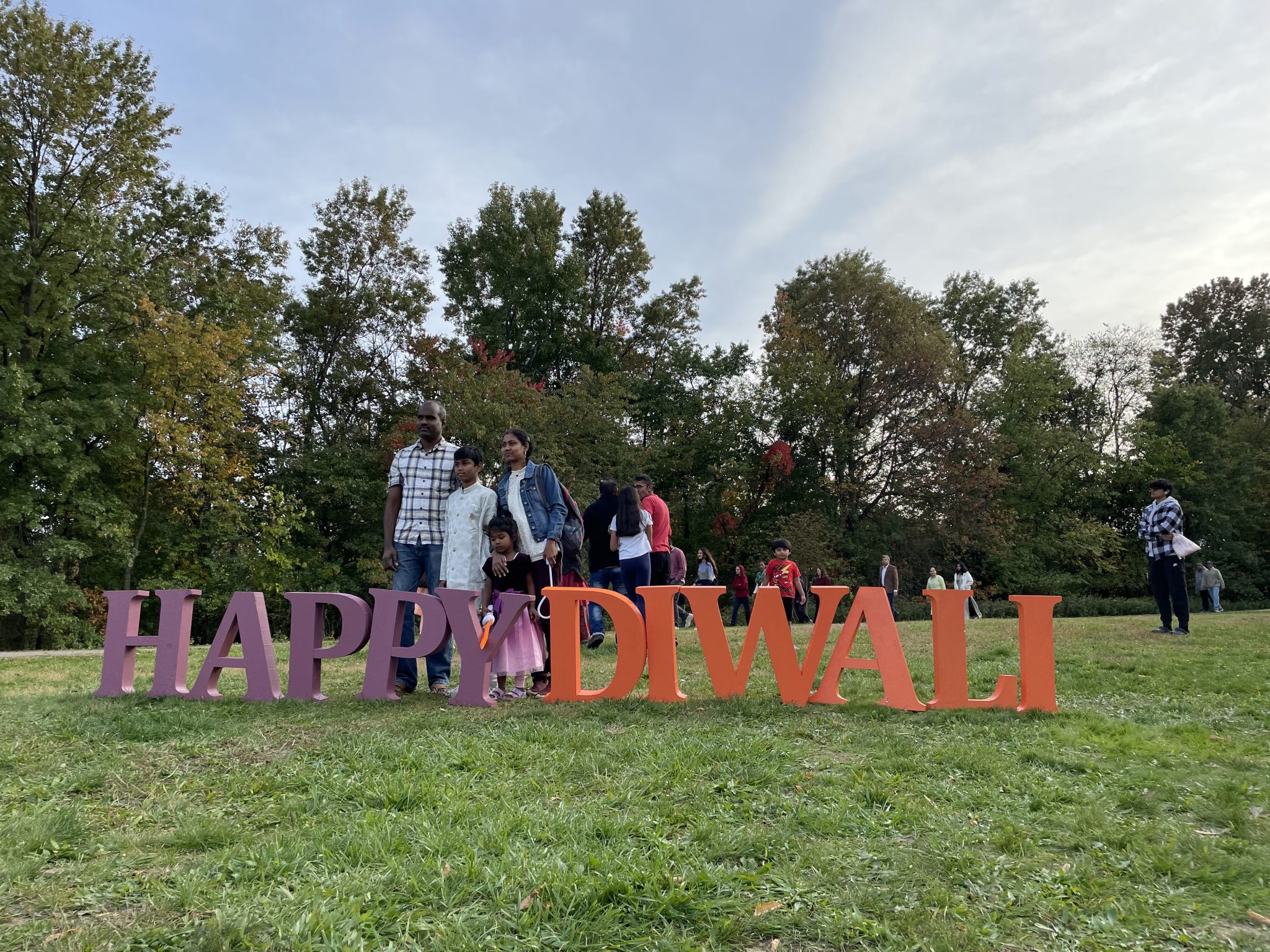 EDISON – As fireworks lit the skies, many in the crowd held up their iPhones to snap photos, as they gathered at Papaianni Park to celebrate during the township’s first Diwali Festival.

The park was transformed with a mass of vendors of traditional Indian food, colorful clothing and jewelry on Oct. 22. Families were able to take photos with large signs “Happy Diwali” and “Edison” on the grounds in the park as well as the gazebo, which was decorated with colorful artwork.

With more than one-third of the township that celebrates the holiday, Mayor Sam Joshi, who is of South Asian descent, said it was about time to hold a Diwali Festival in the township.

Joshi in festive Indian clothing welcomed the crowd before a Diya lighting ceremony and fireworks display. He was joined by many dignitaries including Assembly Speaker Craig Coughlin (D-19), Middlesex County Commissioner Charles Tomaro and others.

He said more than $250,000 was raised to hold the festival and it did not cost any taxpayer funds.

The festival was held from noon to 8 p.m. with performances from local groups and special guests include actor Nikhil Siddhartha, singer and actor Mangli (Satyavathi Rathod), and singers Mauli Dave and Salman Ali.

Diwali, a festival of lights, is an official holiday in several countries and celebrates the themes of the victory of good over evil, light over darkness, and hope over despair. One Hindu Diwali story tells of a prince who a king exiled – but was able to return to his hometown with the help of ordinary people who lit his path with candles. Various regions throughout India focus on different stories – but they all are unified under the theme of good triumphing over evil.

This year Diwali was observed on Oct. 24. Edison Public Schools were closed for the holiday.

In Jainism, Diwali marks the nirvana, or spiritual awakening, of Lord Mahavira; in Sikhism, it honors the day that Guru Hargobind Ji, the Sixth Sikh Guru, was freed from imprisonment. Buddhists in India celebrate Diwali as well.