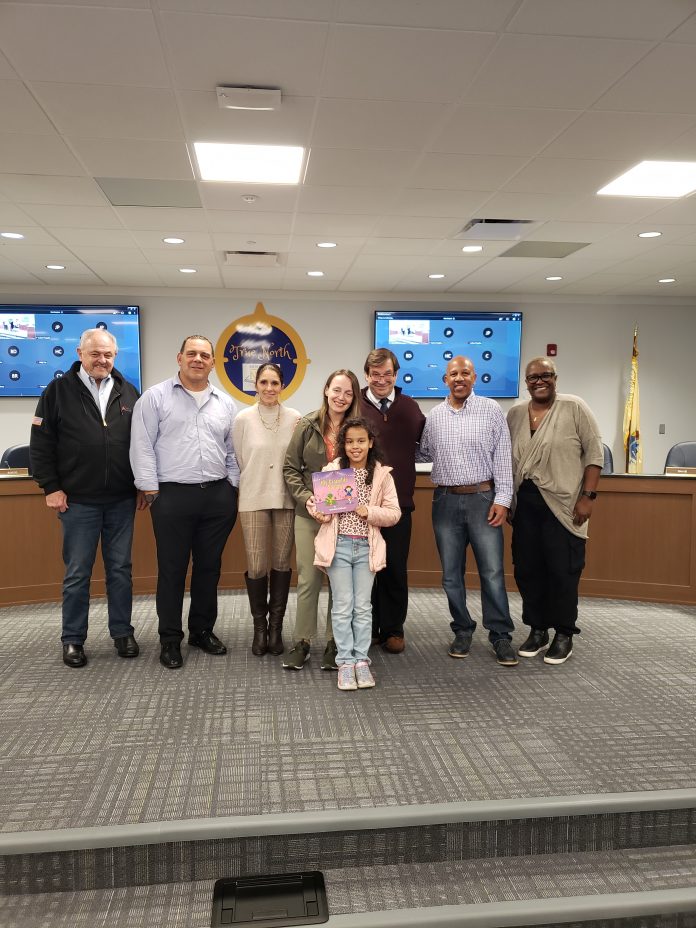 Gabriella “Gabby” Zielinska’s first grade assignment during virtual learning was to write about an animal that goes someplace.

In a notebook, Gabby filled pages with her assignment. Two years later, Gabby is a published author of what started out as just an assignment. Her book is called “My Crocodile Snappy,” about a girl who goes to a carnival with her pet crocodile, Snappy.

“Since crocodiles are not used in stories, I decided to use a crocodile and I love carnivals,” Gabby said about her story. She said her first grade teacher, Staci Schneiweis, at Parsons Elementary School, gave her class an example of an elephant going to the beach.

Little did her parents – Dan and Jolanta – know that they had a little author on their hands.

“Her teacher wrote us an email saying your daughter is like an author,” Jolanta recalled. “She told us she looks forward every night to read her stories. So, when we asked Gabby, do you have more stories, she showed us this notebook. There were so many stories, sometimes four-page long stories. It was then we realized, maybe we should do something with one of these stories for her and make it into book.

“We were like I’m sure other kids would love to hear from another kid,” she said.

Dan said he and Jolanta were blown away by their daughter’s stories.

“We thought they were really coherent, and they really took you on a journey so to speak,” he said. “At the time she was 6 and a half years old. We always knew she loved to read; we didn’t know she could write. We were taken aback.”

Gabby’s love of reading – which are now fantasy and drama books – began before she could even read, Dan said. Before a trip to Disney during the summer, Gabby reminded her parents she needed books for the trip.

“This is just what she does,” he said, adding they usually get a stack of 20 to 30 books from the library in a month span. “This just expands the imagination and I think that’s the great part of why we are here in this situation, she loves to read.”

Gabby and her parents ventured into how to publish, copyright, and illustrate her story.

“It takes a lot of time,” Dan said. “Getting it illustrated, making corrections so on and so forth. We shopped around for publishers before we decided to do it through our own company. We thought it was the best way to go because they wanted to kind of take control of the process and we didn’t think that was the right thing to do.”

Gabby’s “My Crocodile Snappy” was published two months ago and she has attended a number of book signings and interviews.

Her first outing was at the Bayonne Arts Festival in September and then to a cultural festival in Linden.

On Oct. 15, Gabby attended the 40th anniversary of Heritage Day in North Brunswick. She did a book signing at The little BOHO book shop in Bayonne as part of the Bergen Point Fall Festival Oct. 22 and on Oct. 24, Gabby’s work was recognized by North Brunswick Mayor Francis Womack and the North Brunswick Township Council at a meeting on Oct. 24.

Gabby, who is now in third grade, is continuing to write and currently working on her second book, which might include a bat this time.

“My Crocodile Snappy” is available on Amazon and Amazon Kindle. For more information visit https://www.gabbysnappy.com/.