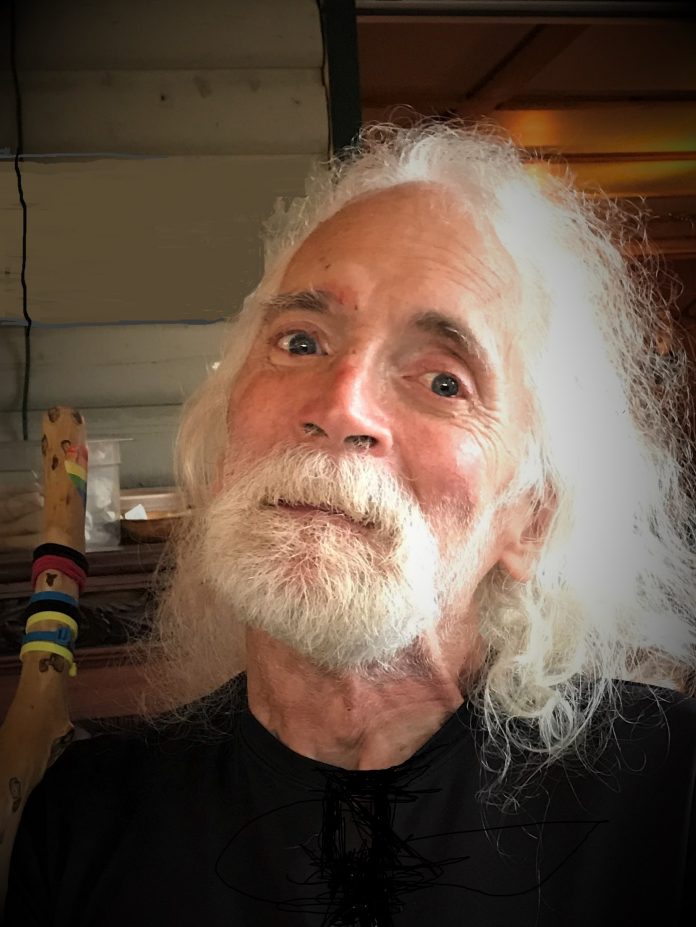 John Wells, 69, of Pennington, passed away in the early morning hours of Wednesday, October 5, from complications associated with Parkinson’s disease.

Born in Princeton, NJ to Stanley and Eleanor Wells, and raised with Quaker values, John was imbued with exceptional patience and perseverance, empowering him to build and maintain relationships across the most disparate groups. In 1978, John met Corinne Reslier at The Nassau Inn in Princeton. John and Corinne married in September 1979 and subsequently had two children, Casey Victoria and James August.

John’s first professional job was with Peterson’s Guides. He started as an editor and advanced through self-taught skills to the roles of database manager and technical liaison, leading to a 30-odd year career in the college publishing industry.

Throughout his adult life, John pursued many passions. He became an accomplished self-taught blues musician and composer who graced local audiences with his passionate slide guitar and strong voice while participating in three local bands.. An award-winning photographer with an eye for natural surrealism and industrial ruins, John effortlessly captured beauty in natural and man-made surroundings. He was an accomplished birder, able to identify birds not only visually but by their songs. He attained a brown belt in karate, stopping short of earning a black belt due to the disease that was progressing.

John was predeceased by his parents and his brother Samuel. He is survived by his wife Corinne, daughter Casey and son-in-law Sean O’Shea, son James Reslier-Wells, and granddaughter Eleanor O’Shea, and many nieces and nephews, great nieces and great nephews, loving and caring in-laws, and many long term-friends who defy description.

A memorial service is planned for Saturday, December 3 at 1:00pm at the Unitarian Universalist Congregation of Princeton, 50 Cherry Hill Road, Princeton. In lieu of flowers, the family requests donations be made to The Parkinson Alliance (parkinsonalliance.org).