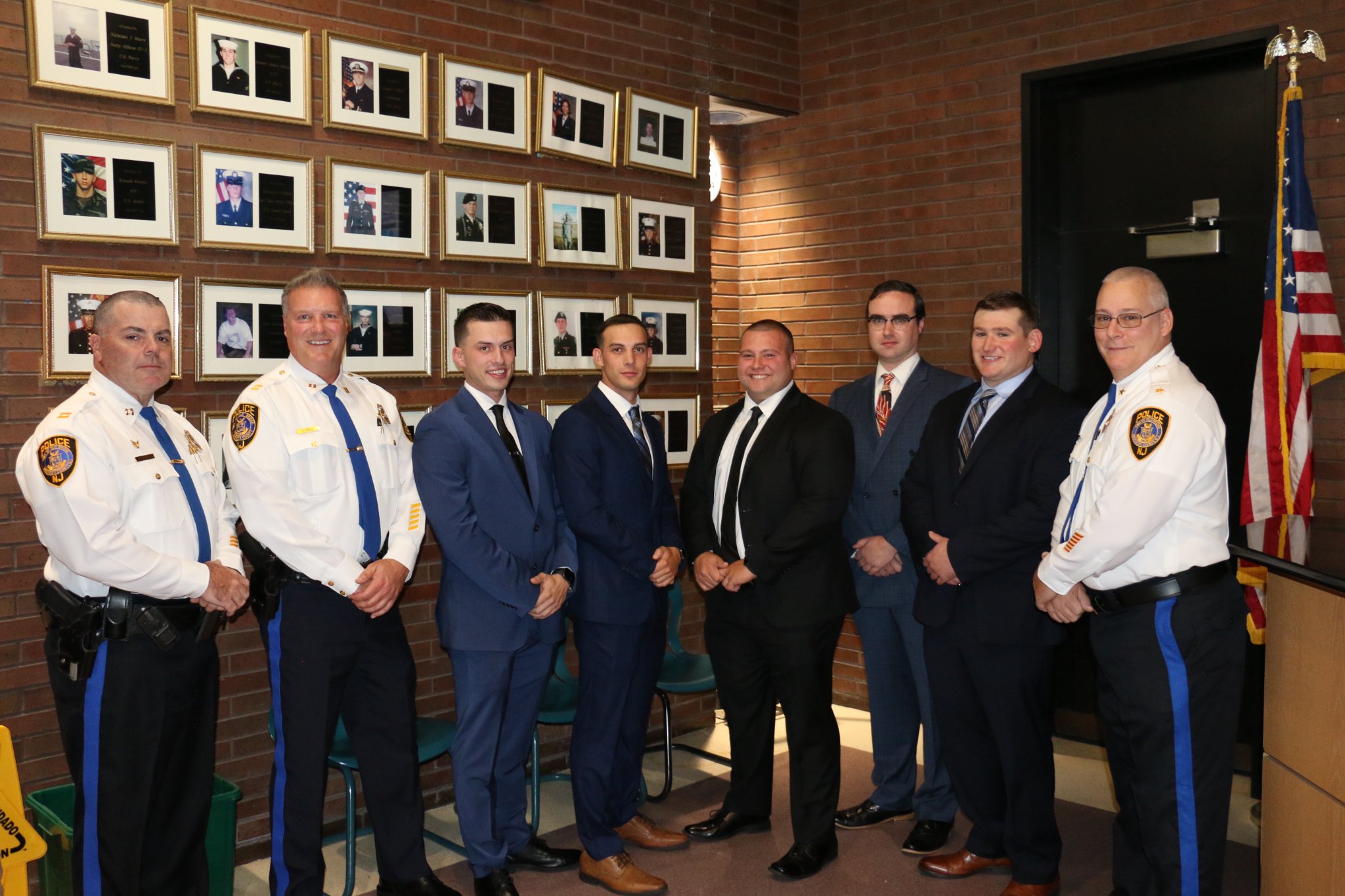 The officers – Nicholas Perrone, Nicholas Endaz, Andrew Paterek, Thomas Rothmund, and Christopher Spurlock – were then sworn in before their families and friends.

Perrone comes back to the department after a short stint with another police department. He was first hired in 2020.

He received his associates degree in criminal justice from Brookdale Community College.

Paterek first served with department as an auxiliary police officer from 2015 to 2020. More recently he served as a Class 1 special law enforcement officer for the department.

Spurlock served as a Class 2 law enforcement officer for Point Pleasant Police Department. He earned a bachelor’s degree in exercise science from the University of Scranton.