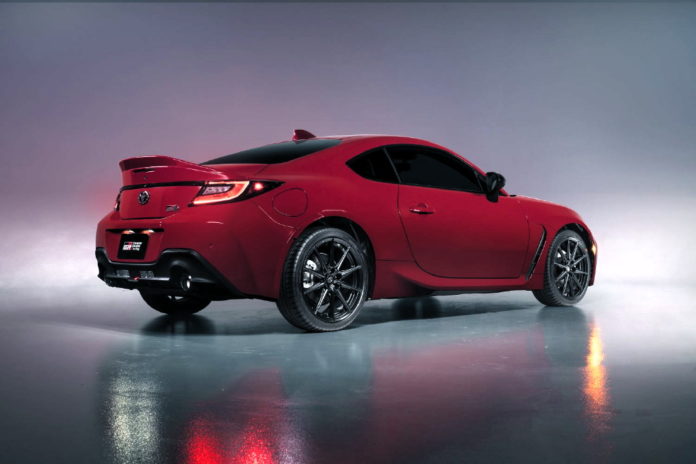 It had been awhile since I had driven a manual transmission car. There’s always a bit of nervous apprehension just before you know you’re about to get some wheel time in a manual.

Such was the case when I recently jumped behind the wheel of the sporty, but small 2022 Toyota GR86 Premium for one week, equipped with a nifty, six-speed manual transmission.

A bit of nervousness, but then calm once I’m in the cockpit and take off.

It also reminds me of my first experience driving a five-speed manual car. I had just graduated college and my dad saw an advertisement Ford was running that said they would extend credit to recent grads.

It wasn’t long before I signed the papers on a brand-new Ford Pinto – five speed manual.

Upon leaving the dealership I informed my dad I didn’t know how to drive a manual. He just said, “Get in and drive it, by the time you get it home you will have figured it out.”

It wasn’t as easy as he made it sound. I was sweating bullets all the way home and grinding gears left and right. But, at some point that day, I got the hang of it. The rest, as they say, is history.

But the 2022 Toyota GR8 Premium is a lot smoother and fancier than that Ford Pinto was.

I must say, I thoroughly enjoyed driving this little, stick-to-the road like glue rear wheel coupe.

For a small two-door coupe, it still affords plenty of leg and head room for a 6-foot-tall adult like myself.

Moreover, the clutch is smooth and feathery and the six-speed shifter has a smooth shift pattern and glides easily through the gears up and down the shift pattern.

The $31,750 Premium model of this vehicle that I drove for the week came equipped with a 2.4 liter horizontally opposed four-cylinder engine that is spunky enough to produce 228 horsepower.

That’s a lot of power for a small coupe like this and when you combine it with the tight – through any turns – handling it affords, it’s a dream to drive aggressively all around town and even out on the highway.

The second generation Toyota GR8 is completely new for the 2022 model year. It follows closely the rear wheel drive format of the first generation car that Toyota last produced in 2020.

The GR8 is produced in conjunction with the Subaru BRZ.

The folks at Car and Driver were so impressed with the newly refigured GR8 that they named the 2022 model to its 10 Best and Editors Choice lists for this year.

For the most part, I would have to agree. I was very impressed with the GR8. I would give this car a solid 9 out of 10 though.

The only issue I had with it is it provides a rather bumpy ride. The suspension is anything but soft and with such a short wheel base, it makes for an uncomfortable ride when you get on a bumpy road.

The Environmental Protection Agency (EPA) fuel consumption rating on this car comes in at 22 miles per gallon overall (mpg) – 20 in city driving and 27 on the highway.

The EPA estimates that it would cost the average driver about $2,000 a year to keep the GR8 running.

The trunk and cargo area room are rather small, but that’s to be expected for a car like this.

If you are in the market for a small roadster coupe, I’d say you cannot go too far wrong giving this Toyota heavy consideration.

This column is sponsored by Capital Motor Cars of Springfield, N.J. one of the leading leasing agents in the tri-state area.