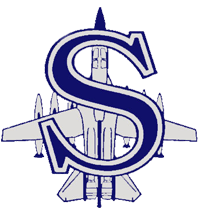 SAYREVILLE – One incumbent, a former member and a newcomer are expected to win terms on the Sayreville School District Board of Education during the general election.

According to the unofficial results posted online by the Middlesex County Clerk’s Office, incumbent Lucy Bloom, former member Christopher Callahan and newcomer Jeffrey Smith were elected to the three, three-year terms on the board on Nov. 8.

When the results were tallied on Election Day, Bloom and Callahan emerged as the clear winners of the terms, according to the clerk’s office. Bloom has received 5,536 votes and Callahan received 5,066 votes, as of Nov. 10.

According to the clerk’s office, a closer race occurred between Smith and incumbent John Walsh, who is serving as board vice president in 2022.

Bloom is a retired secondary art teacher who taught at Sayreville War Memorial High School (SWMHS) during the last 19 years of her career. She has resided in Sayreville for 50 years.

Callahan is supervisor of mathematics with the Woodbridge Township School District, where he has worked for 20 years, 12 years at the district level. For 13 years, he has also been an adjunct professor at Middlesex College in the mathematics department. Prior to his career in education, Callahan worked in information technology.

A resident of Sayreville for 38 years, Callahan is a graduate of SWMHS. He holds a dual degree in mathematics and computer science from Rutgers University and New Jersey Institute of Technology and a Master of Business Administration from Columbia University. Callahan previously served on the board from 2018 to 2021.