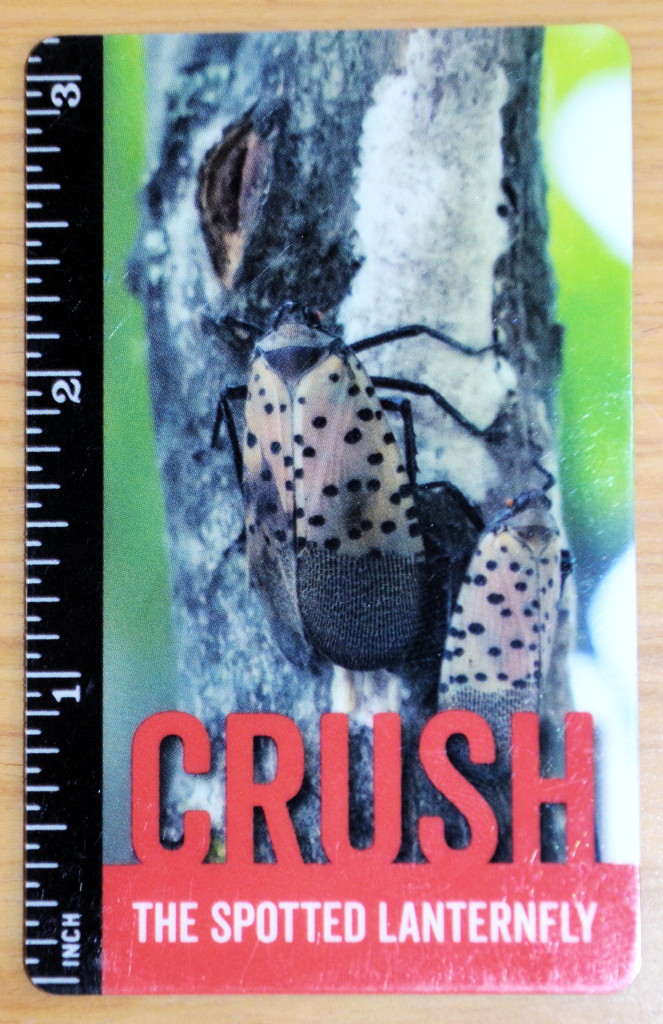 While the adult spotted lanternflies cannot survive the freezing temperatures, they do lay egg masses that survive the winter and then hatch in late April or early May, according to a press release from the department.

“The more of these egg masses that can be destroyed now and before spring, the less of these nuisance pests there will be next year,” Fisher said.

The spotted lanternfly prefers the Tree of Heaven, which is common in New Jersey. The egg masses can be found on almost any kind of surface, including on vehicles, park benches, steps or outdoor stairways, or on the sides of buildings, according to the press release.

The egg masses can be scraped with a credit card or something similar. The department said it is important to press against the egg mass and hear the eggs popping as they are being scraped. The popping sound signifies the eggs are being destroyed.

Scraping cards are available at the Rutgers Extension office in each county.

While the spotted lanternfly is not a threat to humans or animals, it is known to feed on numerous types of vegetation.

The spotted lanternfly is native to Asia, but arrived in the United States in Berks County, Pa., on a shipment in 2014. The species has been advancing ever since. Due to the insect’s excellent hitchhiking ability, there are now 14 states that have confirmed populations, according to the press release.

For homeowner and business resources, and other information about the spotted lanternfly, visit www.badbug.nj.gov.