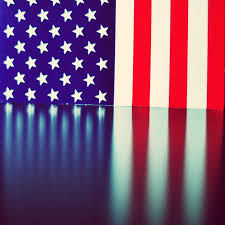 More than 50 Lawrence Township residents gathered to honor the military veterans who fought in wars and conflicts – from the American Revolutionary War to Afghanistan – on Veterans Day.

“Duty, integrity, courage, loyalty, respect, accountability and responsibility are the values on which the American military’s foundation is built,” Vincent said as she set the stage for the ceremony.

Vincent called on attendees to show gratitude to the military veterans, both those who are “still among us today and those of generations past for their courage and selflessness to defend and protect this nation.”

Vincent urged them to “lead by example in upholding the values of freedom, justice and the inherent right of every person by showing kindness, tolerance, acceptance and respect to one another.”

“In doing so, the labors and sacrifices of these veterans shall be honored – not in words alone, but by our deeds and daily actions. On this Veterans Day, let us remember the service that our veterans have given,” she said.

“May their dedication and honor be remembered as a blessing from generation to generation, and never be forgotten or taken for granted.”

Guest speaker Joseph Kownacki, who served in the U.S. Marine Corps and the U.S. Army Reserve, also urged the attendees to thank all veterans of previous wars and to remember those who made the ultimate sacrifice and died in battle.

“Veterans of all branches have shown strong leadership and discipline and have proved victorious on the battlefield. They are a testament to the values of today’s military,” said Kownacki, who is the brother of Lawrence Township Councilman James Kownacki.

“You have, through diligent acts, professional actions and just plain hard work, made our military better to serve in. As a veteran, you gained the respect of others and the self-satisfaction of doing your best within an honored tradition,” he said.

“You were that which others did not want to be. You lived through times that others would say were best forgotten. At least we are able to say, ‘I am proud of what I am – a veteran.'”

A wreath was placed at the Mercer County World War I memorial in front of the Lawrence Township Municipal Building. The memorial plaque lists the names of Mercer County residents who were killed during World War I.

Wrapping up the Veterans Day ceremony, the cannon crew of the 112th Field Artillery Association fired off a military salute on their howitzer cannon, borrowed from the National Guard Militia Museum of New Jersey.