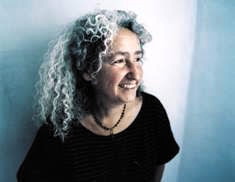 The Bruce Springsteen Archives and Center for American Music at Monmouth University will host a conversation and book signing with Nora Guthrie and Bob Santelli on Dec. 1 at 7:30 p.m. on the campus of Monmouth University, West Long Branch.

Their book, “Woody Guthrie: Songs and Art, Words and Wisdom,” was recently awarded the 2022 Deems Taylor Award/Virgil Thomson Book Award from ASCAP, according to a press release.

Monmouth University English Professor Michael Thomas will moderate the conversation with Santelli and Guthrie, who is the daughter of Woody Guthrie.

The evening program will be held in the Great Hall Auditorium and is open to the public. Doors will open at 7 p.m. Free parking is available in Lot 14 (off Route 71, Norwood Avenue).

Copies of “Woody Guthrie: Songs and Art, Words and Wisdom” will be available for purchase and signing by the authors.

“Woody Guthrie: Songs and Art, Words and Wisdom” is a collection of Guthrie’s writings and art assembled by Nora Guthrie and Santelli, and complemented by essays from hip hop legend Chuck D, presidential historian Douglas Brinkley, Woody Guthrie’s son/musician Arlo Guthrie and others.

The book was the inspiration for a recent exhibition hosted by the Morgan Library in New York called “Woody Guthrie: People Are the Song” that was curated by Guthrie and Santelli, according to the press release.

Santelli is the author of more than a dozen books about American music, including “Greetings from E Street: The Story of Bruce Springsteen and the E Street Band” and he is the executive director of the Bruce Springsteen Archives and Center for American Music.

The center preserves and promotes the legacy of Bruce Springsteen and his role in American music, while honoring and celebrating icons of American music like Woody Guthrie, Robert Johnson, Frank Sinatra, Gaslight Anthem and others.