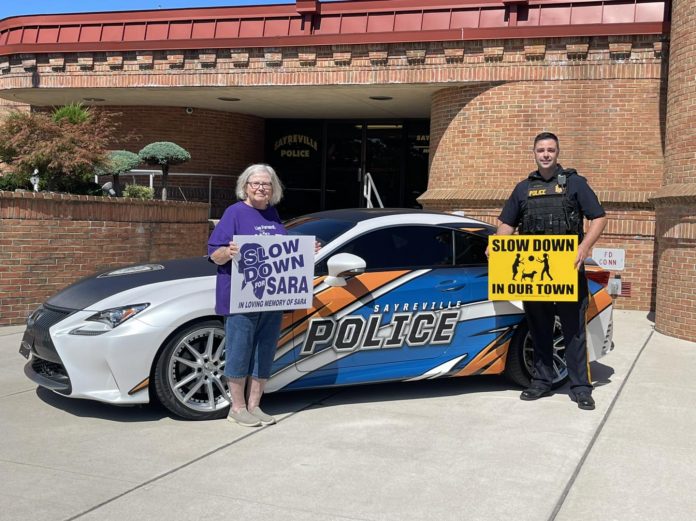 It was in September 2007 that a 19-year-old teen from Sayreville was critically injured in an auto accident just a few miles from her home.

Her mother only learned about the crash from a friend, who had called the house asking about her condition. The young woman fell into a coma and later died. By the time her parents reached the hospital, it was too late for them to say “goodbye.”

Such a tragic moment was the impetus for a state law, known as Sara’s Law, a next-of-kin emergency notification system created in memory of the teen, Sara Elizabeth Dubinin.

Gov. Phil Murphy signed legislation in October to update the law, while encouraging more participation and awareness of the important statewide service. Sara’s Law is a voluntary, free registry that allows residents to submit emergency contact information, accessible by law enforcement officers in case of a serious motor vehicle accident, according to a press release.

Sen. Joseph Vitale (D-19), who launched the original Sara’s Law, led the way on the updated legislation in the Senate, as the primary sponsor. He received strong support in the Assembly, where Assemblywoman Yvonne Lopez (D-19) served as a primary sponsor and Assembly Speaker Craig Coughlin (D-19) was a co-prime sponsor.

The bill, (S-2666/A-4101), directs the Motor Vehicle Commission (MVC) to automatically prompt any individual who is scheduling an appointment for a validated permit, probationary driver’s license, or new or renewal driver’s license or non-driver identification card to voluntarily enter information for the registry, according to the press release.

In addition, local police will now be granted direct access to the provided information without an intermediary.

“The bill eases the process of updating the registry,” Vitale explained. “It allows residents to register for or update the registry in-person and prompts individuals to input their information to the registry when scheduling an appointment at the MVC for other reasons.”

Lopez added, “Every minute matters in the aftermath of a major car accident, especially to family members and loved ones of a passenger who is seriously injured. Being able to immediately reach a loved one could mean a chance to say goodbye.”

The registry allows individuals at least 14 years of age to voluntarily submit and maintain emergency contact information through the MVC. This non-public information is used to locate designated emergency contacts for a crash victim unable to communicate, according to the press release.

Over the years, Vitale continued to refine Sara’s Law, effective in Fall 2012. In 2016, he sponsored legislation to update the law to allow residents to submit information to be stored in the registry by mail using paper applications provided by the MVC in the commission’s customer service facilities or through commission mailings.

Then, in 2018, Vitale coordinated another expansion of the law, allowing people to add vehicle identification numbers to the registry, according to the press release.

“Thinking of unfortunate circumstances such as the case of Sara Dubinin, this bill improves the registry by making it more complete with resident information and more user-friendly for law enforcement officers,” Coughlin said. “We were pleased to push this law through the state Legislature over the summer and urge Gov. Murphy to support it.”

Betty Dubinin, Sara’s mom, said, “this is a very good day for us,” expressing her appreciation to the 19th district legislators and other lawmakers who pushed the bill to the governor’s desk.

Dubinin said she has been pushing this modification to Sara’s Law since last October when she attended the annual Sayreville Day celebration in Kennedy Park. She spoke with Sayreville police Sgt. Brian Brail, who noted it was difficult for local police to quickly access the registry, tucked away with the New Jersey State Police.

“It was devastating to find out this critical information was inaccessible to the local police,” Dubinin said. “This law carries my daughter’s name. To find out it wasn’t helping people as it should, I needed to reach out to Sen. Vitale. No other family should go through what we did, not being notified and losing precious moments. If the police didn’t tell me, I would have assumed the law was working.”

Dubinin is also pleased the law makes it easier for motorists to join the registry, noting other states have posters and brochures at motor vehicle offices to promote similar programs. Since 2012, she has been focused on spreading the word, through a foundation, social media, road signs and attending community events.

“The biggest problem we face is that people don’t know about Sara’s Law,” Dubinin said. “That’s why this modification to the law is so important, as many more people will now join the registry. It is a great weight off my mind. I’m so grateful this law has been signed.”

Information required for the registry includes:

Before the law was signed, to register or update the Next-of-Kin Registry, residents were required to submit the information online or by mail.

“This bill greatly expands these methods, in the hopes that many more New Jersey motorists participate in this important program,” Vitale said. “I appreciate the strong, ongoing bi-partisan support we have received for Sara’s Law.”