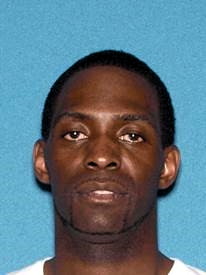 A local man has been arrested and charged with promoting the prostitution of a teenager at a Tinton Falls motel, along with additional crimes, Acting Monmouth County Prosecutor Raymond S. Santiago announced on Nov. 21.

According to Santiago, on Nov. 16, members of the Tinton Falls Police Department
received information indicating a 17-year-old girl may have been in crisis somewhere in the area of Eatontown or Tinton Falls.

A search of the area led officers to a motel near the interchange of Route 18, Route 36 and the Garden State Parkway.

When officers knocked on the door of the motel room where Harbour was staying, he denied any knowledge of the whereabouts of the teenager in question, but moments later the girl was found hidden in his room, according to the press release.

The teenager was taken to safety and a subsequent investigation involving members of the Monmouth County Prosecutor’s Office Special Victims Bureau and the Tinton Falls Police Department uncovered evidence leading to the criminal charges that were field against Harbour.

The officers uncovered information Harbour had discarded the teenager’s cell phone in a neighboring town, according to the press release.

In addition, a search of Harbour’s motel room uncovered quantities of substances suspected of being cocaine, oxycodone and two types of prescription tranquilizers.

Anyone with information about this matter or Harbour’s recent activities is asked to contact
Monmouth County Prosecutor’s Office Detective Kayla Santiago at 800-533-7443 or Tinton Falls Police Department Detective Sgt. Daniel Osofsky at 732-542-4422.

Anyone who feels the need to remain anonymous, but has information about this
or any crime can submit a tip to Monmouth County Crime Stoppers by calling the confidential telephone tip line at 1-800-671-4400; by downloading and using the free
P3 Tips mobile app (available on iOS and Android – https://www.p3tips.com/1182); by
calling 800-671-4400; or by going to the website at
www.monmouthcountycrimestoppers.com

Convictions on first degree criminal charges are commonly punishable by up to
20 years in state prison, according to the press release from the prosecutor’s office.