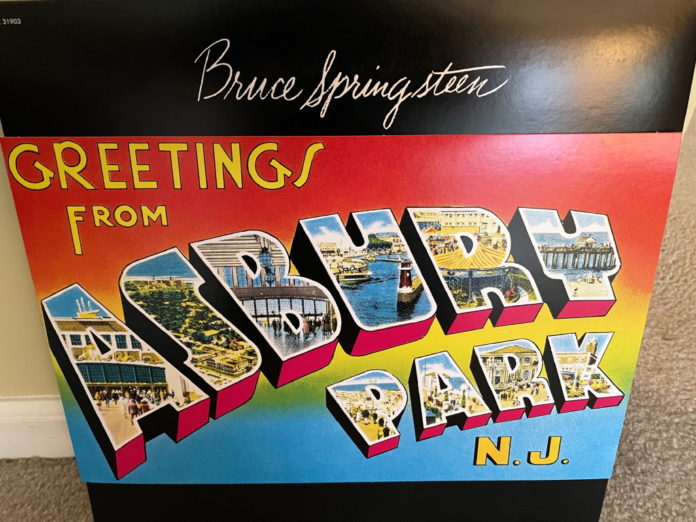 The Bruce Springsteen Archives and Center for American Music at Monmouth University, West Long Branch, will present a symposium on Jan. 7 that celebrates the release of Springsteen’s debut album a half-century ago.

Titled “The 50th Anniversary: Greetings from Asbury Park, N.J,” the day-long
symposium will include panel discussions, interviews, a book signing and a special performance of the songs on the album by Jersey Shore musicians, according to a press release.

Among the guests participating in the symposium will be original E Street Band members Garry Tallent, David Sancious and Vini Lopez, along with former Springsteen manager Mike Appel.

“This event kicks off a series of 50th anniversary events that will bring attention to Springsteen’s earliest accomplishments in the recording studio and contextualize the historical importance of each,” said Eileen Chapman, director of the Bruce Springsteen Archives and Center for American Music. “This symposium is the first of many coming down the road.”

Topics such as Springsteen’s early 1970s songwriting style; the Jersey Shore music scene in 1972, the year “Greetings” was recorded; recollections of those E Street Band members who played on the album; and the premiere of a mini-documentary about the making of “Greetings” that includes an exclusive interview with Bruce Springsteen will round out the day’s activities.

Photographer Nicki Germaine will debut her book, “Springsteen: Liberty Hall,” from his 1974 concert in Houston, Texas.

The symposium, which is open to the public, will be held in the Great Hall Auditorium beginning at 9 am. Registration is required. The cost to attend the symposium, which includes lunch, is $50. Free parking is available in parking lots 13, 14, 16 and 25.

To register for the symposium, go to https://mpv.tickets.com/?orgId=44869&amp;agency=MNMV_PLAGENCY_MPV&amp;eventID=89838

The Springsteen Archives is hosting two other events during the first week in January to celebrate the 50th anniversary.

On Jan. 3, the Tuesday Night Record Club, moderated by Professor Ken Womack, will be discussing the album. For further information, see
https://www.eventbrite.com/e/tuesday-night-record-club-greetings-from-asbury-park-tickets-
476447205417

In addition, David Sancious will be in concert at The Vogel, Red Bank, on Jan. 6. For ticket information, visit https://www.livenation.com/event/G5vVZ9p1qC-Ay/an-evening-with-david-sancious

The Bruce Springsteen Archives and Center for American Music at Monmouth University serves as the official archival repository for Springsteen’s written works, photographs, periodicals and artifacts.

The center preserves and promotes the legacy of Springsteen and his role in American music, while honoring and celebrating icons of American music like Woody Guthrie, Robert Johnson, Frank Sinatra, Gaslight Anthem and others.