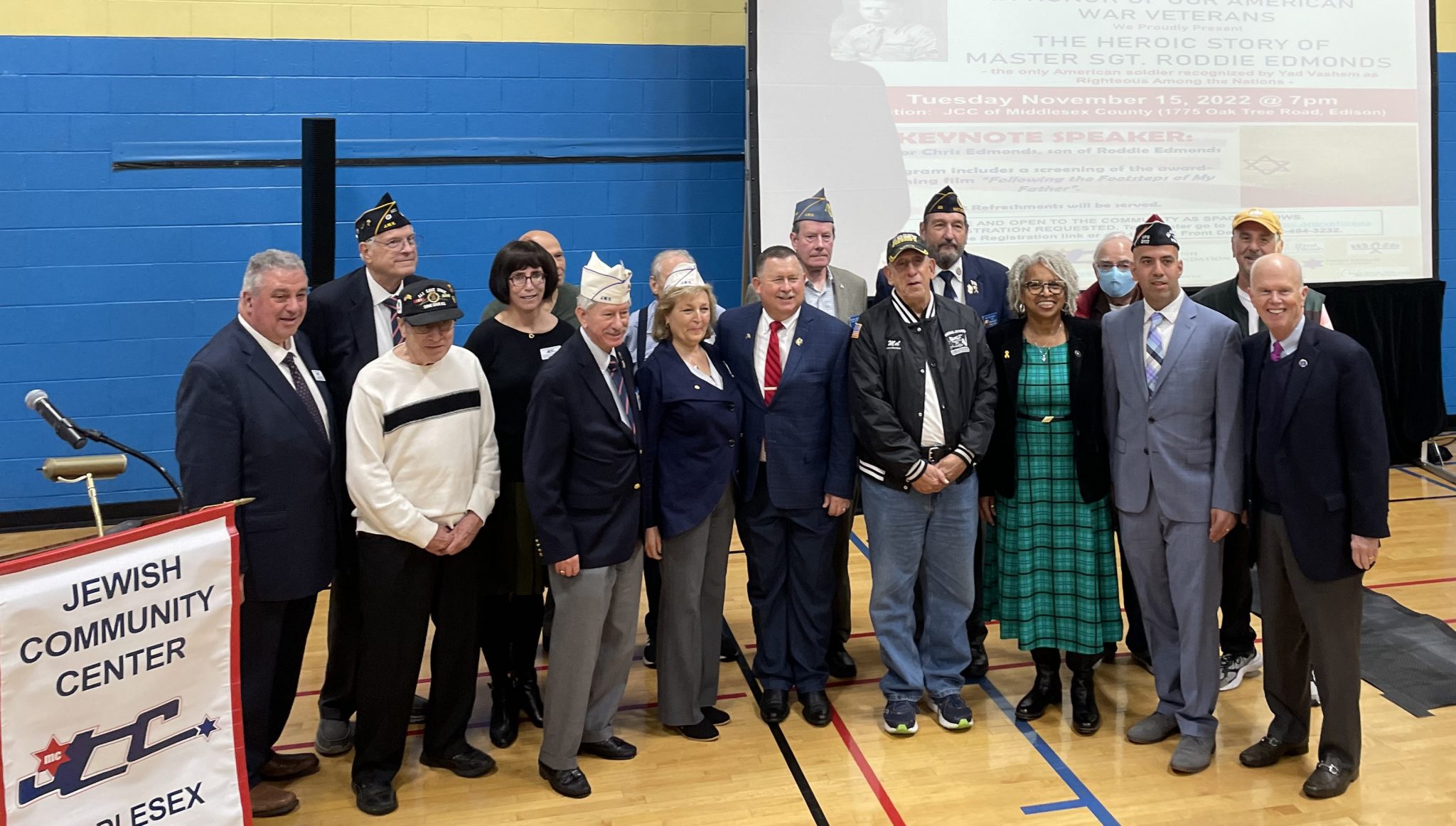 On Veterans Day in November and National Pearl Harbor Remembrance Day in December, it’s a day to reflect on the heroism of those in the military.

Many don’t want the fanfare and that was Master Sgt. Roddie Edmonds. He served in the U.S. Army – 106th Infantry Division, 422nd Infantry Regiment – during World War II. He was a prisoner of war (POW) when he and his fellow GIs were captured by the Nazis and sent to Stalag IX-A POW camp during the Battle of the Bulge in December 1944.

And if you ask his son Chris Edmonds what his father would say if asked why he did what he did, the answer would be similar to every military service member.

Edmonds, who spent 100 days as a POW, never spoke about his service to his family, but he kept a diary during his service. When his son, Chris Edmonds, was growing up, he read his father’s diary and pushed his father for more details to no avail often receiving a “No, son.”

This eventually set the younger Edmonds, a retired senior pastor in Maryville, Tenn. on a journey to “follow the footsteps” of his father, who passed away in 1985. Along the way he learned of his father’s heroism when faced with ultimate evil.

Chris Edmonds shares his father’s journey of “courage and doing the right thing” during presentations across the country. One of those visits included the Jewish Community Center (JCC) of Middlesex County in November.

The program included a screening of the award-winning documentary film “Following the Footsteps of My Father” which features some of the men he saved. The film was produced by the Jewish Foundation for the Righteous (JFR) and helped reunite the younger Edmonds with four of the Jewish GIs his father saved.

As the senior noncommissioned officer at the camp, Edmonds was responsible for the camp’s 1,292 American POWs. On their first day in Ziegenhain, Germany – Jan. 26, 1945 – he was ordered to tell the Jewish soldiers to present themselves at the next morning’s assembly so they could be separated from the other prisoners, according to the Jewish Virtual Library of the American-Israeli Cooperative Enterprise (AICE).

With a pistol to his head, Edmonds defied enemy orders stating, “We are all Jews here” and told the high-ranking Nazi major that if he killed him, he faced war crimes and would essentially regret it for the rest of his life, Chris Edmonds said.

Lester Tanner, who was one of those Jewish American GIs, told the younger Edmonds that his father’s heroism resonated with him throughout his life from that dramatic moment on.

And even moments after, Edmonds had moved on.

“He didn’t want to talk about it,” Chris Edmonds said Tanner told him as he was approached by his fellow soldiers. “[My father] moved on; he knew they were out of danger.”

In his diary, Edmonds writes, “I pray to God, my boys are alive.”

On Feb. 10, 2015, Yad Vashem recognized Edmonds as one of the “Righteous Among the Nations” for saving as many as 200 American Jewish soldiers from possible death. Of the more than 27,000 people to receive Israel’s highest honor for non-Jews who risked their lives to save Jews during the Holocaust, Edmonds was the fifth of five Americans, and the only one of the five who was an active serviceman during World War II, according to the Jewish Virtual Library of the AICE.

The ceremony was held Jan. 27, 2016, at the Israeli embassy in Washington, D.C., where President Barack Obama praised Edmonds for going “above and beyond the call of duty.”

At the ceremony, Obama brought in special guest Film Director Steven Spielberg and was also attended by the four men featured in the film, Chris Edmonds said.

The younger Edmonds accepted the Righteous medal and certificate of honor on his father’s behalf. The film has won four Telly awards. In November 2016, JFR honored Edmonds with the Yehi Or Award – “Let There Be Light” and recognized Jewish GIs saved by Edmonds, according to JFR.

Currently, Edmonds is being considered for the Medal of Honor, the highest award for valor in action against an enemy force which can be bestowed upon an individual serving in the Armed Services of the United States.

At the program at the JCC in Edison, a special Veterans Day stamp was made for Edmonds recognizing him as a humanitarian hero.