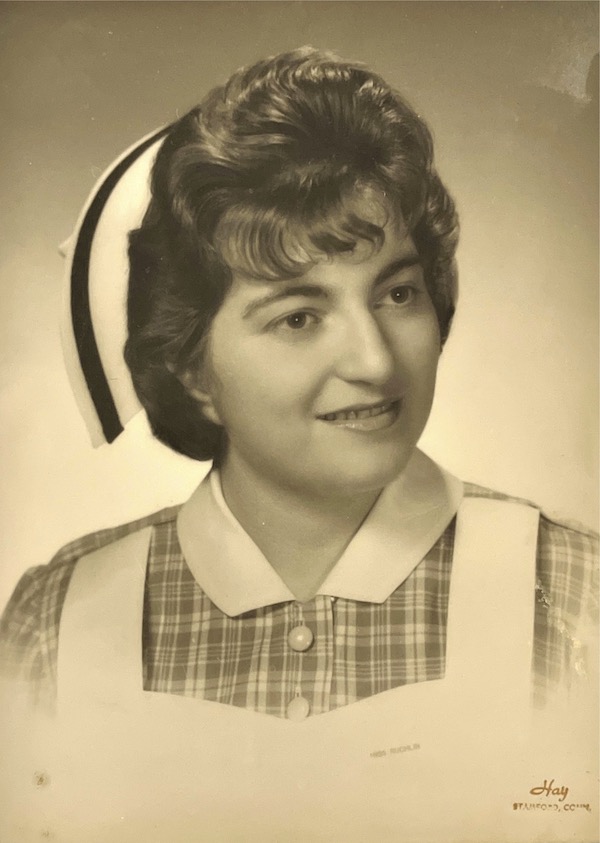 Rachel Ruchlin, born October 10, 1939, was the daughter of Jacob and Ida Ruchlin, and was the youngest and last to depart of her sisters, the late Ethel Ruchlin Wittenberg and Thelma Kalmeyer. She sadly left us, unexpectedly and far too soon, on December 14, 2022.

She is survived by her son Eric Barnett of Monterey, CA, his wife Gabrielle, and Eric’s three children Shane, Mara, and Leela. She is also survived by her daughter Alissa Shaneson of Middlesex Borough, New Jersey, Alissa’s husband Michael Murphy, and her long time special friend and companion, Jay Scheuer. Her funeral was at her beloved synagogue, Congregation B’nai Tikvah, on December 16, 2022, and she was laid to rest amongst departed members of the congregation at Washington Cemetery in North Brunswick.

Rachel was a strong woman, and a true pioneer. Raised in West New York, New Jersey by first generation immigrant parents, she never took anything for granted, and rarely took no for an answer if she felt something stood in her way. She had three true anchors in life – her career, her family, and her faith.

Ever determined to be independent, and with a passion for health care and caring for others, Rachel went to the prestigious nursing school at Mount Sinai Hospital in New York as a young woman. She then emigrated to Israel, where she spent time on a kibbutz, coming back to the United States to get married and raise her family. The family settled in rural South Brunswick, New Jersey, and she put down deep roots there, living in that same family home for almost 50 years until her passing.

For a time she focused exclusively on her children, giving her all as a mother – but as her children grew older, her passion for nursing returned. Not content to follow a conventional path, she went to Denver to study, and returned to New Jersey as its first Pediatric Nurse Practitioner, where she established and ran a clinic for well-child care at Princeton Hospital. While commonplace now, this was truly revolutionary at the time – nurses performing roles formerly only in the province of doctors. From there, consistent with her character, and with every opportunity to advance her career into hospital administration, she chose instead to stay running her clinic until her retirement, where she felt she could best make a difference in the lives of her patients.

And then there was her faith. Ever devout, in the latter part of her life as her children were out on their own, the temple became the source of her community, and her contributions. She was so proud to be a regular Torah reader at services, imbuing her same determination into both learning the art, as well as passing that learning to others. When she was ill in the hospital and asked what she wanted to do when she got better, being able to read Torah again was her strongest desire.

When announcing her passing, Congregation B’nai Tikvah described her as a “pillar of the community”, an honor that were she still with us she would downplay. Often, when asked about her life, Rachel would say, humbly, “I tried.” But by any measure of a life, Rachel, truly you succeeded.

For those wishing to make a donation in her remembrance, she would undoubtedly want you to support Congregation B’nai Tikvah; donations can be made online at https://bnaitikvah.org/giving/.