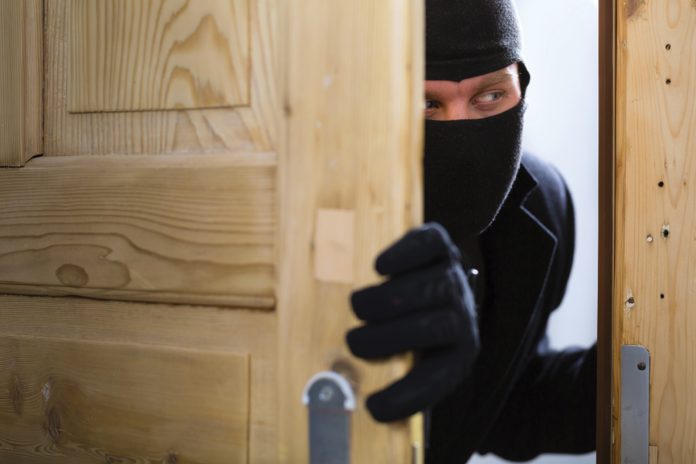 Upset about a rash of burglaries, more than 400 East Windsor Township residents have signed an online petition calling on township officials to address the issue.

The Change.org petition, which has been circulating since Dec. 29, 2022 had been signed by 428 people as of Jan. 24. The petition was triggered by five reported residential burglaries in November and December.

Police Chief Jason Hart acknowledged the burglaries. He emphasized that the East Windsor Police Department “takes crimes seriously and is committed to solving them.”

According to the petition, “The recent increase in the number of burglary incidents makes us feel unsafe and vulnerable. We are disappointed at the lack of action on the part of East Windsor Township and steps taken to address the issue.”

“We do understand that crime can happen anywhere, but the frequency and brazenness of these recent burglaries and house break-ins on Klee Court and Van Gogh Drive recently are alarming and cause for major concern,” the petition states.

The situation has been compounded by the “total lack of transparency on the part of the township administration and information-sharing on the crime in our area,” the petition says.

That’s why the petitioners are calling on East Windsor Township to “take immediate action – both interim and long term – to address the spurt in crime in general, more so burglaries and thefts,” according to the petition.

The petition suggests increasing police patrols in the affected areas, and working with local, county and state law enforcement agencies to apprehend the burglars and thieves.

“We believe that it is the responsibility of the township to ensure the safety and security of its residents. We request that you take this matter seriously and take immediate steps to address it and communicate any updates to residents,” the petition says.

The response to an Open Public Records Act request by the Windsor-Hights Herald revealed 19 burglaries reported to the East Windsor Police Department. Eight of the 19 break-ins occurred at residences – including five in November and December – and nine occurred at businesses. Two took place on township-owned property.

In 2021, there were 13 reported burglaries. Seven of the burglaries occurred at residences and six occurred at commercial properties. This is fewer than the 12 residential burglaries that occurred in 2020, according to the New Jersey State Police Uniform Crime Report.

Hart outlined the steps that the East Windsor Police Department has consistently taken in response to crime – from beefing up patrols in affected neighborhoods to assigning a detective to investigate burglaries.

“When a crime occurs, patrols are automatically increased to show a police presence in the affected area. Information is circulated throughout the police department, and the officers are responsible for addressing any issues in their assigned patrol zones,” he said.

Hart said the detectives work with police in surrounding towns, as well as with county and state law enforcement agencies to identify similar crimes, develop evidence and apprehend the perpetrators.

“Burglaries are typically random in nature and increasingly committed by out-of-town professional criminals, which makes solving them that much more challenging. The East Windsor Police Department is committed to solving these crimes and officers do everything in their power to bring them to a successful resolution,” he said.

In response to a suggestion to install surveillance cameras in public places, Hart said those cameras are more effective in large cities with densely populated neighborhoods. In those settings, cameras can be placed in a few strategic locations with the highest crime rates.

East Windsor Township sprawls out over 16 square miles, and cameras are much less effective in less densely populated suburban neighborhoods, he said. Crime is sporadic and seldom reoccurs in a specific location. It would be difficult to choose locations to permanently install cameras, he said.

Addressing the alleged lack of transparency, Hart said East Windsor Township has a Facebook page which is used to provide information to the community. Public service announcements are made that offer advice on how to avoid car burglaries, for example.

“We have posted pictures and videos asking for information and tips to help solve crimes. Typically, the response has been positive. We have solved crimes with the tips we have received,” Hart said.

East Windsor Township also issues a weekly press release that lists crimes committed in the township, he said. Residents also are encouraged to attend the police department’s “Crime Watch” meetings, which are held every other month at police headquarters, he said.