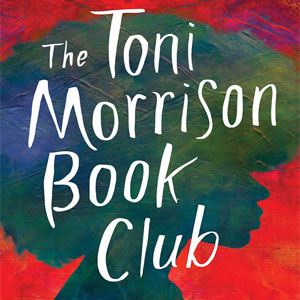 This event is free and open to the public.

Dr. Juda Bennett, English Department Chair at the College of New Jersey (TCNJ), received degrees in Creative Writing at Binghamton University and a PhD in American Literature from Washington University in St. Louis. He teaches courses in Queer Literature and Theory, African American Literature, and Transgender Theory. He is the author of Toni Morrison and the Queer Pleasure of Ghosts and The Passing Figure: Racial Confusion in Modern American Literature. His scholarly essays on race and sexuality have appeared in The African American Review, Biography, ImageText, and other journals, and his creative work has appeared in Laurel Review, Quarterly West, Wisconsin Review, and other literary journals.

Dr. Winnifred Brown-Glaude, Associate Professor of African-American Studies and Sociology and Anthropology at The College of New Jersey, received her PhD in Sociology from Temple University (2003). Her primary fields of research include, Race and Ethnicity in the Anglophone-Caribbean; Race, Gender and Informal Economies; Gender and Globalization. Her most recent book is Higgler’s in Kingston: Women’s Informal Work in Jamaica. Her other publications include several articles and an edited collection, Doing Diversity in Higher Education: Faculty Leaders Share Challenges and Strategies. She is currently working on her third book project, Neoliberalism in a Small Place: The Case of Jamaica.

Dr. Cassandra Jackson, Professor of English at The College of New Jersey, received a BA in English from Spelman College and a PhD in English from Emory University. Her research and teaching interests focus on African-American literature, critical race theory, and visual culture. She is the author of Barriers Between Us: Interracial Sex in Nineteenth-Century American Literature and Violence, Visual Culture, and the Black Male Body. In 2010 she co-curated a TCNJ Art Gallery exhibit, “Wounding the Black Male: Photographs from the Light Work Collection.” This exhibit has also been shown at the Light Work Gallery (Syracuse) and the CEPA Gallery (Buffalo). Professor Jackson is an alum of the OpEd Project, a nonprofit organization that aims to increase the number of women and minority thought leaders in key commentary forums. Her public commentary on race in American culture can be found on the Huffington Post. She is currently working on a book of creative non-fiction on race and infertility.

Dr. Piper Kendrix Williams, Associate Professor of English and African-American Studies at The College of New Jersey, received a BA from Spelman College and an MA and PhD from Rutgers University. She teaches various classes on topics in nineteeth and twentieth Century African-American Literature, African Diaspora Literature, and Multicultural Studies. Her book, Representing Segregation: Toward an Aesthetics of Living Jim Crow, and Other Forms of Racial Division, co-edited with Brian Norma, was published by SUNY Press in 2010.