Gun Violence: A Loaded Issue – An Evening with Shane Claiborne 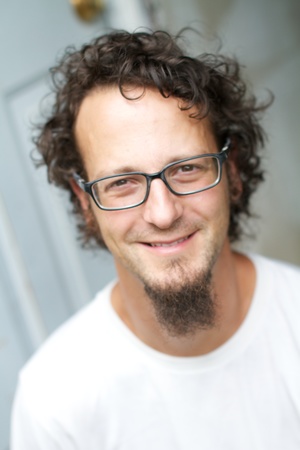 On November 1, 2019 at 7:00 pm, Saint Bartholomew Lutheran Church is hosting internationally-acclaimed speaker and best-selling author Shane Claiborne for an evening presentation on gun violence and practical solutions for reducing gun violence in our communities. Together with Reba Holley, the founder of Mercer-County Mom’s Demand Action, Shane will offer a moral reflection on the gravity of American gun violence today and lead a deliberative discussion forum to consider reasonable solutions to address the problem. The event is free to the public.

Renown activist Shane Claiborne founded The Simple Way in Philadelphia and formerly worked with Mother Teresa in Calcutta. He now leads the Red Letter Christian movement that affirms people committed to living “as if Jesus meant the things he said”. His books include Jesus for President, Red Letter Revolution, Common Prayer, Follow Me to Freedom, Jesus, Bombs and Ice Cream, Becoming the Answer to Our Prayers, Executing Grace, his classic The Irresistible Revolution, and his newest book, Beating Guns. He has been featured in a number of films including “Another World Is Possible” and “Ordinary Radicals.” His work has appeared in Esquire, SPIN, Christianity Today, TIME, and The Wall Street Journal, and he has been on everything from Fox News and Al Jazeera, Uto, CNN and NPR. Shane’s offered academic lectures at Harvard, Princeton, Liberty, Duke, and Notre Dame.

Indeed, there is an epidemic of gun violence in America that is unnecessarily deadly and unique to this country. Claiborne’s ethical response to gun violence is rooted in a theology of nonviolence that claims God calls Christians to co-create with God a world where guns are beaten into plowshares (Isaiah 2:4). This is a new world that knows peace because it has forgotten violence. Shane’s theological ethics establish the claim that Christians have a moral responsibility to end gun violence. Additionally, current political analysis reveals that reducing gun violence is democratically possible in the U.S.

Pennington native, Reba Holley, is a business development manager who established the Mercer County chapter of Moms Demand Action in 2016. Holley grew up in Newtown, Connecticut and attended Sandy Hook Elementary School where her mother was a teacher. After the mass shooting there in 2012 where 20 children died, Holley became involved in grassroots advocacy to offer practical solutions towards reducing gun violence.

As a community of believers rooted in God’s unconditional grace and love, Saint Bartholomew Lutheran Church strives to share God’s light of hope and salvation to scatter the darkness wherever it is found, through word and deed. It is a deeply caring community that believes that the world is desperately in need of people committed to building deep, genuine and inclusive peaceful relationships with fellow strugglers in the journey of life.

Come be a part of this empowering conversation with Shane and Reba and learn how we can take necessary steps to change and act on behalf of peace in our communities.