Making a Good Connection: The Precursor to Successful Therapy 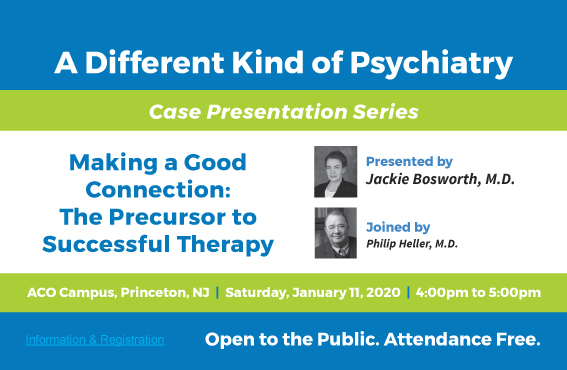 Rayna, a 49-year-old female with a manic depressive character, was working as a professional entertainer when she was first treated by Dr. Bosworth in a medication-only clinic setting. She was also seeing another therapist at the time. Rayna exhibited signs of debilitating depression with simultaneous anxiety and said she had never felt so overwhelmed. Over several months of sessions with Dr. Bosworth, as well as frequent phone calls in between visits, Rayna’s medications were adjusted, gradually tapered, and finally discontinued. She was doing well and transferred her care to an outside therapist.

Please join us to hear more about the characteristics of emotional contact between this patient and Dr. Bosworth and how it grew into a sustaining therapeutic relationship.