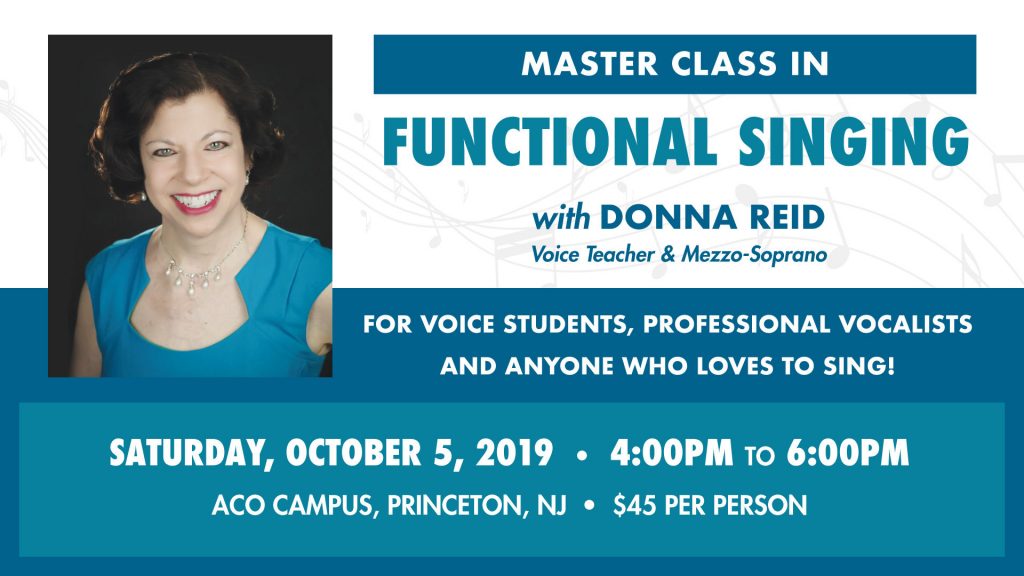 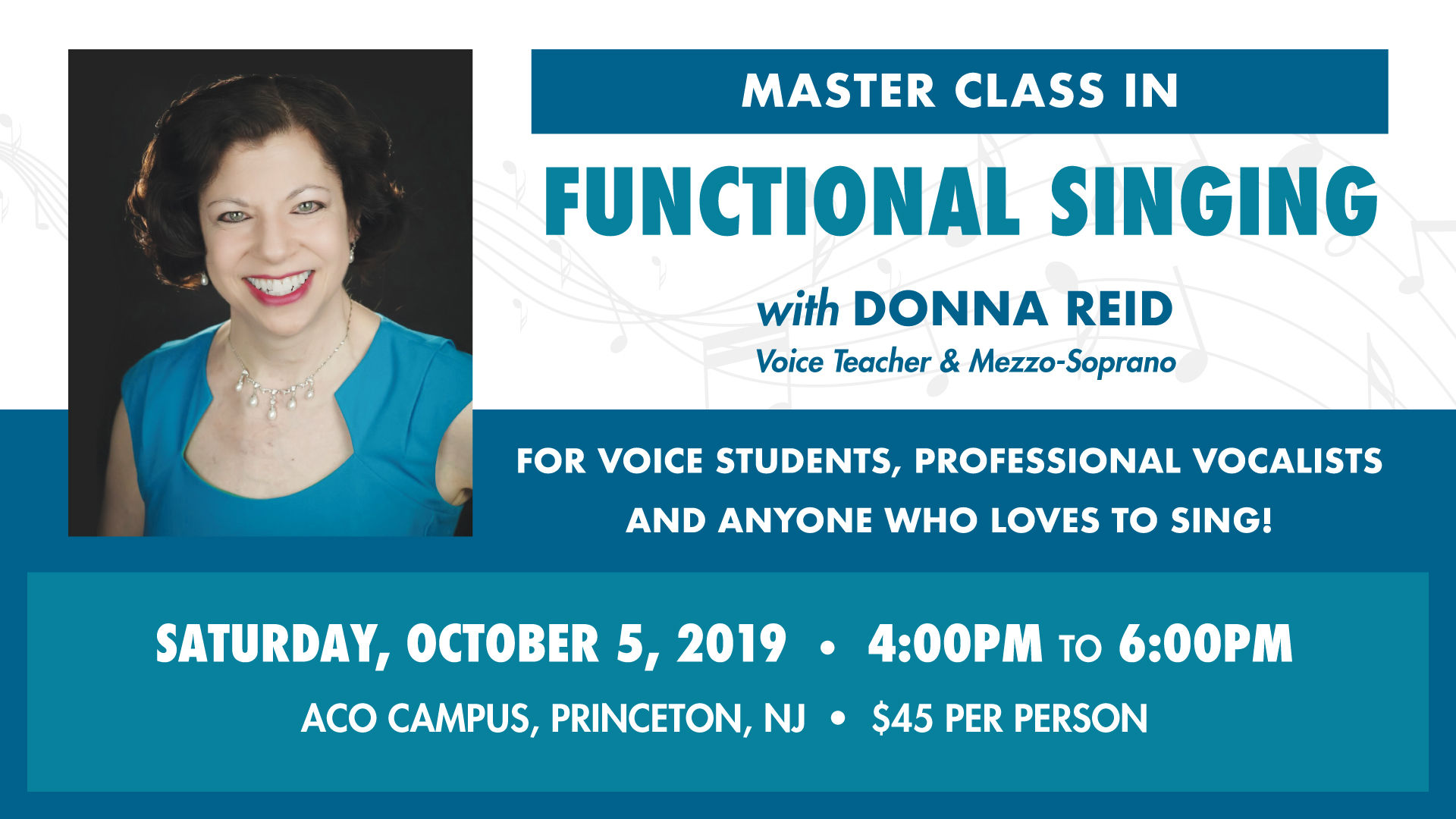 Back by popular demand, voice teacher and mezzo-soprano, Ms. Donna Reid, will teach a Master Class in Functional Singing on Saturday, October 5, 2019 at the ACO campus in Princeton, NJ from 4:00PM to 6:00PM. For voice students, professional vocalists and anyone who loves to sing!
If you ever wonder why some days you can sing easily and other days you can’t, or why you always seem to be stuck singing in a lower voice when you really want to hit those high notes, then this is the class for you. For those who have attended the class before, Ms. Reid says, “There’s always something new to learn!”
Ms. Reid will explain her approach about how the voice functions, with a focus on how emotional tension may affect it. The class will include live vocal demonstrations. Anyone interested in volunteering to work with Ms. Reid in front of the class as part of a demonstration should send an email to aco@orgonomy.org.
Ms. Reid maintains a private studio on the Upper West Side of Manhattan where she teaches musical theater performers and classical singers. She was on the faculty of The American Musical and Dramatic Academy for 19 years. She attended the School of Music at Northwestern University and sang professionally in Europe for nine years specializing in contemporary opera. She has performed in concerts and operas throughout Europe, appeared on Italian and German television, and has recorded various contemporary songs and operas. She was associate (and wife) to Cornelius L. Reid from 1994 until his death in 2008. Cornelius Reid was a noted singing teacher, author of five books on vocal pedagogy and the father of Functional Vocal Training. She assisted Mr. Reid in the numerous master classes he presented in the United States, Canada and Europe and acted as translator during those classes given in various cities in Germany and Austria. Ms. Reid teaches master classes in Germany in association with the Free Your Voice seminars (https://www.freeyourvoice.de) and she also teaches in Paris, France in association with Broadway in Paris. (https://www.broadwayinparis.com).