Mr. Speed- A Night of Kiss 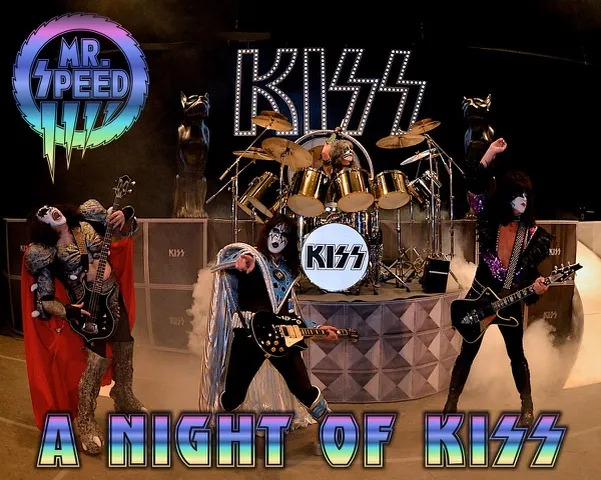 For more than two decades, MR. SPEED has wowed crowds with their performance of legendary KISS classics! In 2012, MR. SPEED stood toe to toe against over 200 KISS tribute bands from all
over the world. In the end, they were crowned “The Best KISS Tribute Band in the
World” at the Hard Rock Casino in Las Vegas. This distinction was awarded to
them by none other than Tommy Thayer of KISS.

In April of 2014, MR. SPEED brought Season 3 of “The World’s Greatest Tribute
Bands” on AXS TV to a rocking finale. Their performance was broadcast into over
40 million homes, placing MR. SPEED into the public conscience on an international level
unlike ever before.