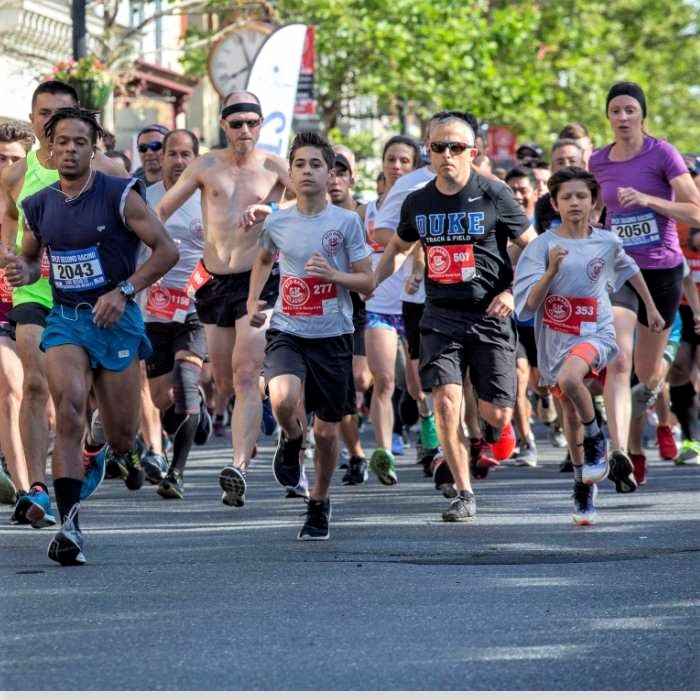 The third edition of the Red Bank Classic 5K steps off at 8 a.m. on June 20 in downtown Red Bank.

The course, which winds through borough neighborhoods, is certified and sanctioned by USA Track and Field (USATF). The 5K is also a USATF 2020 Grand Prix Event and USATF 2020 NJ Open Women’s Championship Race. The course is dog- and stroller-friendly.

The 5K race fee is $30 ($40 after June 11) and includes a t-shirt, medal, chip-timed results, refreshments for runners at the Fitness Fest and access to the after-party. Plus, the first 1,000 runners to register and pick up their bib will receive a swag bag.

Cash prizes of $300, $200 and $100 will be awarded respectively to the top three female and top three male finishers. If either the top female or male finisher breaks the course record, they will receive an additional $200 award, sponsored by Split Second Racing. The course records are: Female – 18.38.1 and Male – 16.44.1.

Proceeds from the race will benefit youth development programs at the Red Bank Family YMCA and the borough’s Department of Parks and Recreation.

Race registration is available at www.redbankclassic.com. Runners can also register the day of the event.  Race packets may be picked up on Friday, June 19, 4-7 p.m., at Red Rock Tap + Grill located at 14 Wharf Ave.