Remembering Tom Petty: A Night of Music and Stories 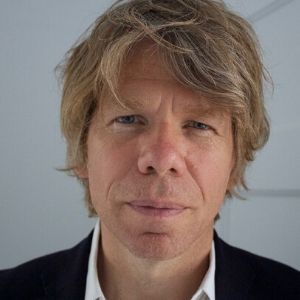 Warren Zanes is a former member of The Del Fuegos, current member of Paul Muldoon’s Rogue Oliphant, a solo artist with four recordings to his name, an NYU professor, a New York Times bestselling author and a Grammy-nominated producer. He was a VP of Education and Programs at The Rock and Roll Hall of Fame and Museum and ran Steven Van Zandt’s Rock and Roll Forever Foundation for ten years.

His writing has appeared in the Los Angeles Times, Rolling Stone, the Oxford American, and more. He is the editor of collections on Jimmie Rodgers and Tom Petty, has written books including Dusty in Memphis, Revolutions in Sound: Fifty Years of Warner Bros. Records, and Petty: The Biography, which Rolling Stone named one of the top ten music books of 2015. After conducting interviews for Martin Scorsese’s George Harrison: Living in the Material World, Zanes acted as Consulting Producer for the Oscar-winning Twenty Feet from Stardom and a producer on the 8-part PBS series Soundbreaking.