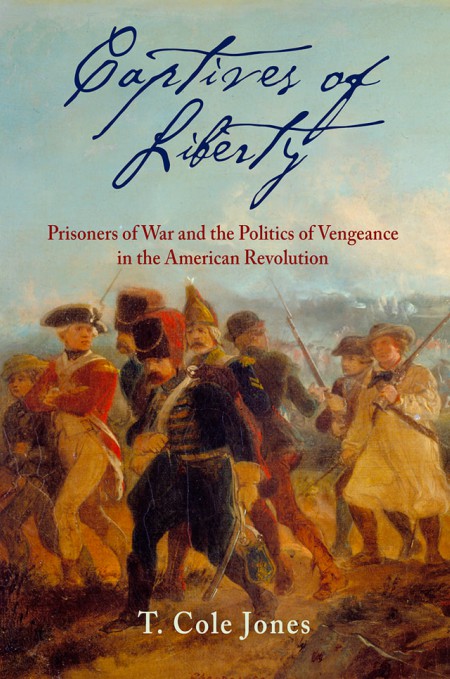 Monday, April 20 at 7 PM: T. Cole Jones will present a lecture on his book Captives of Liberty: Prisoners of War and the Politics of Vengeance in the American Revolution. This lecture by Cole Jones on his book will examine how the founding generation of Americans grappled with the problems of prisoner treatment. During the eight-year conflict, American forces captured over seventeen thousand British and allied Germanic soldiers, as well as thousands more loyalist civilians and British mariners. The number of enemy prisoners in American custody often exceeded that of American soldiers in the Continental army. These prisoners proved increasingly burdensome for the new nation as the war progressed. What was to become of these men? How should they be confined? Who would pay to house and feed them? When and how should they be released? A series of thorny political issues compounded these logistical difficulties. This talk will take the audience from the meeting rooms of the Continental Congress to the prison camps of Virginia, Maryland, and Pennsylvania, revealing the factors that coalesced to transform the conflict into a war for vengeance, escalating its violence precipitously.