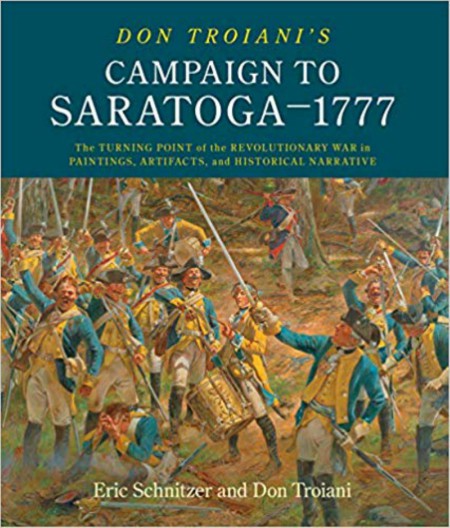 Thursday, April 23 at 7 PM: Eric Schnitzer will present a lecture on his book Don Troiani’s Campaign to Sarasota – 1777: The Turning Point of the Revolutionary War in Paintings, Artifacts, and Historical Narrative. The Battles of Saratoga are cited as the turning point in the Revolutionary War. Beginning when the armies prepared to face off in June 1777 through the surrender of the British Army in October, the battles of the Northern Campaign were significant to the outcome of the War and the fight for independence. As a result of the Saratoga battles, the patriots gained confidence, the French entered the war, and the British plan to win the war quickly was put to an end. Master historical painter Don Troiani and historian Eric Schnitzer combine their talents in this new book on Saratoga, the Revolutionary War campaign. This magnificently illustrated history features many new artworks, previously unpublished eyewitness accounts, photographs of important artifacts, and a solid, detailed historical narrative including background on the campaigns leading up to Saratoga.