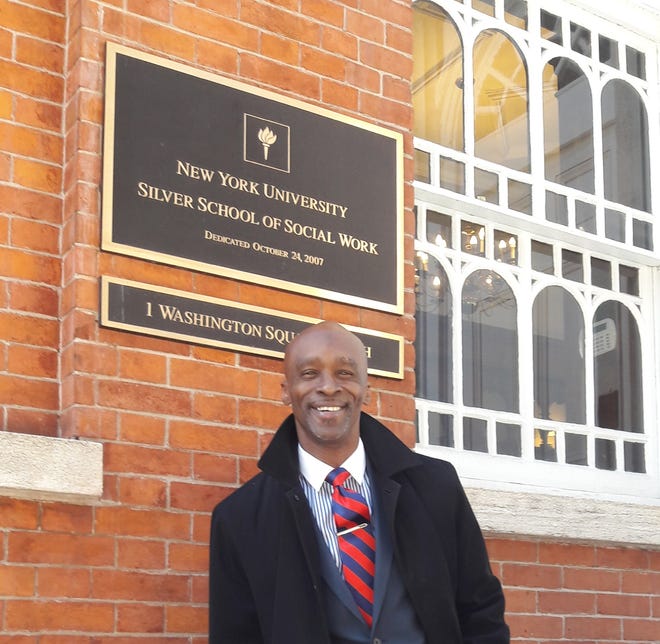 Terrance Coffie will be the featured speaker on Friday, January 24th as part of Temple Shalom’s Shabbat Speaker Series. This service is open to the entire community.
After years of selling drugs, homelessness and incarceration, Terrance Coffie came to The Doe Fund, an organization that helps homeless and formerly incarcerated men rebuild their lives.

He committed himself to their Ready, Willing & Able program where he discovered his calling: helping others. Terrance became involved with College Initiative (CI), an organization that assists those with criminal justice involvement to succeed in higher education.

Terrance became a CI Peer Mentor, after only one year of college, so he could give back. He helped other men make the adjustment from incarceration to higher education. He helps them understand the importance of education and the commitment it takes to succeed.

He is a living testament to the idea that hard work and education can change one’s life.
After graduating with his Associate’s Degree from Bronx Community College, he achieved his Bachelor’s and Master’s Degree in Social Work from New York University.