centraljersey.com
Home The Art of Living Well: Love, Work, and Knowledge: The Life and Trials of Wilhelm Reich with Panel Discussion

The Art of Living Well: Love, Work, and Knowledge: The Life and Trials of Wilhelm Reich with Panel Discussion 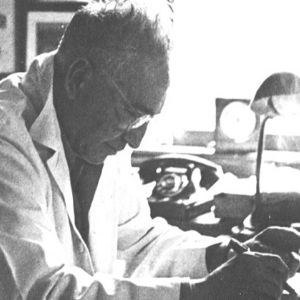 -This film covers the true story of Wilhelm Reich, a pioneer persecuted and imprisoned. His books and publications were banned and burned in America, where he died in a federal penitentiary. Now 60 years after his death and 10 years after the unsealing of his personal archives, a new documentary presents the facts.

-Wilhelm Reich was one of Freud’s star pupils – and an outspoken anti-Nazi. A victim of a persistent campaign of lies and distortions, he pursued his work in 6 countries over several decades, ultimately landing in the U.S. – where he was prosecuted and imprisoned. Love, Work and Knowledge examines his life and scientific achievements, including his cancer studies and experimental medical treatment, his weather research, and his discovery of a previously unknown form of biological and atmospheric energy that he called orgone.

-Working with crews in 4 countries, the directors interviewed Reich scholars and historians, along with former lab assistants and neighbors – including an interview with the last psychiatrist to have trained under Reich.