centraljersey.com
Home The Prophet Jeremiah And His Legacy

The Prophet Jeremiah And His Legacy 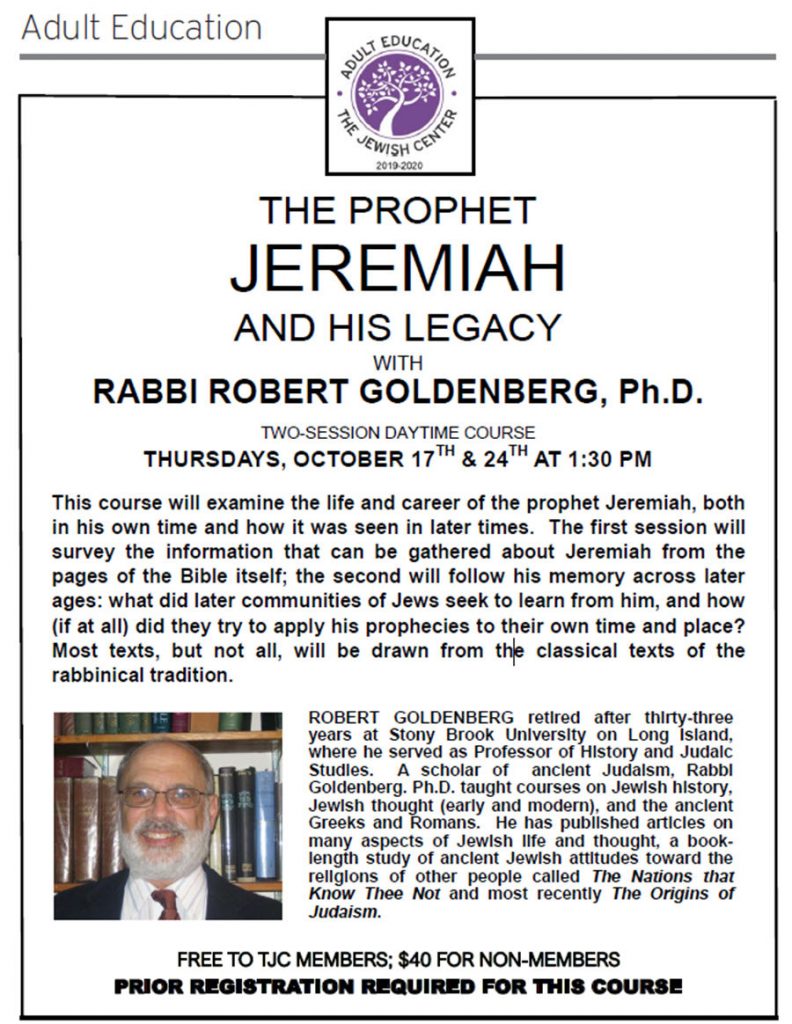 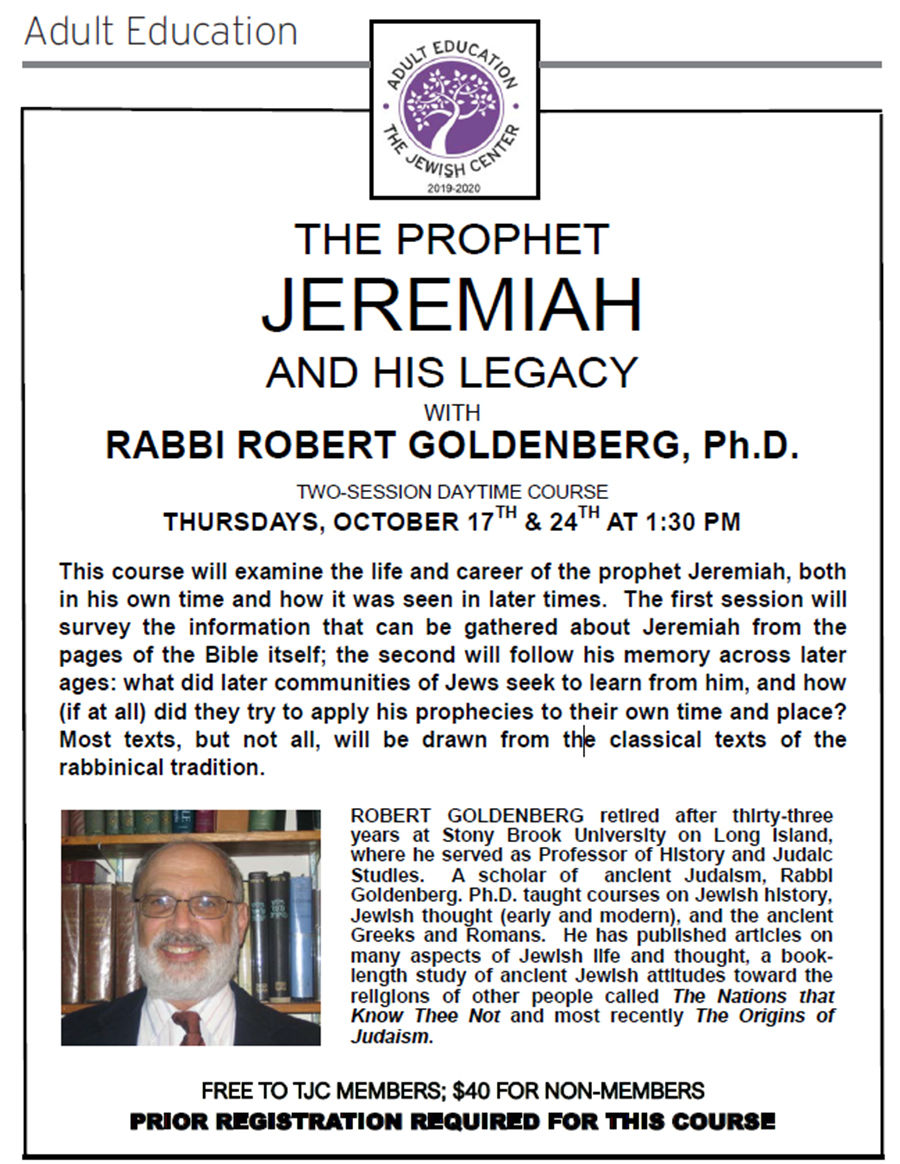 With Rabbi Robert Goldenberg, Ph.D.
Two-Session Daytime Course – Thursdays, October 17th & 24th at 1:30 pm
This course will examine the life and career of the prophet Jeremiah, both in his own time and how it was seen in later times. The first session will survey the information that can be gathered about Jeremiah from the pages of the Bible itself; the second will follow his memory across later ages: what did later communities of Jews seek to learn from him, and how (if at all) did they try to apply his prophecies to their own time and place? Most texts, but not all, will be drawn from the classical texts of the rabbinical tradition.
ROBERT GOLDENBERG retired after thirty-three years at Stony Brook University on Long Island, where he served as Professor of History and Judaic Studies. A scholar of ancient Judaism, Rabbi Goldenberg. Ph.D. taught courses on Jewish history, Jewish thought (early and modern), and the ancient Greeks and Romans. He has published articles on many aspects of Jewish life and thought, a book-length study of ancient Jewish attitudes toward the religions of other people called The Nations that Know Thee Not and most recently The Origins of Judaism.
OPEN TO THE COMMUNITY!
FREE for Jewish Center members          $40 for community members
For more information please contact info@thejewishcenter.org or call 609-921-0100.