The Quickest Thinkers in Comedy 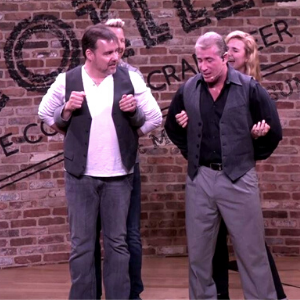 Don’t Just See the Show – Be the Show

With The Quickest Thinkers in Comedy you don’t just watch the show, you’re a part of it. Never mean, never insulting. The people they bring up become instant celebrities.

Their fast paced off the cuff show can be based entirely on the theme of the vibe of the audience that night. The crowd gives them the ideas and suggestions that they use on the spot, so there’s no predicting the punch line and no show is the same twice!

It’s an evening filled with call backs and catchphrases that those in attendance will be using for months or years to come! As featured on the hit Amazon Prime series, Midtown.