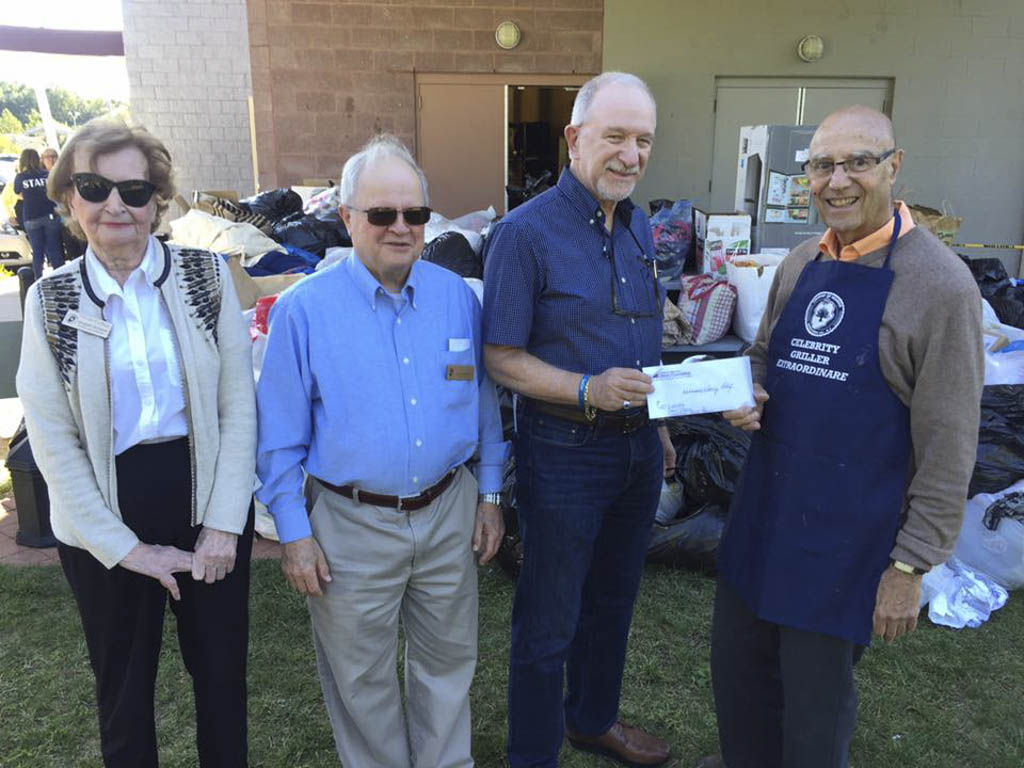 MONROE – Monroe banded together last week for a disaster relief effort that drew in hundreds of donations for Hurricane Harvey victims.

The Monroe Township Library, the Police Benevolent Association and township representatives responded with their own respective drives to collect resources for displaced Texans.

The township held a 24-hour clothing drive that kicked off at its community center the morning of Sept. 8. Residents dropped off thousands of pounds of clothes, proceeds from which will benefit The Greater Houston Community Foundation, according to information provided by the township.

“The outpouring of support our residents have shown is inspiring,” Monroe Mayor Gerald W. Tamburro said in a prepared statement. “We are a community that cares and when hard times strike, a community that comes together for the greater good. Our success is a major credit to our residents and the local businesses and organizations like Stop & Shop, Monroe Village and Indian Cultural Association of Monroe, all of which stepped up to help in whatever way they could.”

Initially, the Monroe Township Library aided Harvey victims with a seven-day fine-forgiveness drive that, boosted by monetary donations, resulted in a more than $1,000 check for the Red Cross. Additionally, the library raised another $500 for The Humane Society of the United States, according to the statement.

The library then collected another $1,200 in the following week that was directed to The Greater Houston Community Foundation.

“We here in Monroe and in New Jersey are no strangers to the devastation brought about by hurricanes,” Monroe Council Vice President Elizabeth Schneider said in the statement. “Watching the news, you have literally seen families in Texas left with nothing. With everyone pitching in what little we could here in Monroe, I’m certain that we’ve made a huge impact on the lives of so many who were affected by Harvey.”

At the same time, the local chapter of the Police Benevolent Association designated Monroe Police headquarters as a staging point for a massive collection of non-perishables, toiletries and other household items.

On Sept. 8, the township’s police, Emergency Medical Services and Department of Public Works staff readied five pickup trucks and one trailer full of supplies for shipping, according to the statement.

Employees transported the stockpile of necessities to South Brunswick, where they were combined with other area collections and loaded onto Houston-bound tractor trailers courtesy of Hermann Transportation – which has a facility in Houston – for distribution among various relief organizations.

“The residents and the businesses in our town have been a force all their own,” Monroe Councilman Leonard Baskin said in the statement. “During times of disaster, you really get to see what people are made of. I’d say this town has no shortage of good Samaritans and people who I’m proud to call neighbor.”