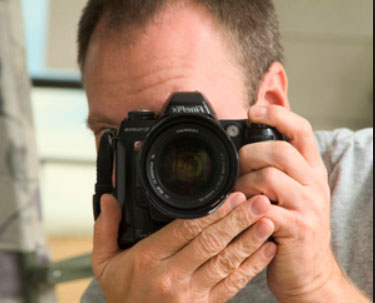 Legendary photography scholar and curator Peter C. Bunnell served as curator of photography at the Museum of Modern Art from 1966-72, then came to Princeton University as the inaugural David Hunter McAlpin Professor of the History of Photography and Modern Art.

The position, established in 1971 by Princeton alumnus and photography collector McAlpin, was the first endowed professorship in the field in the U.S. and celebrates its 50th anniversary this year.

In addition to his role on the Princeton faculty, from which he retired in 2002, Bunnell spent more than 30 years at the Princeton University Art Museum as curator of photography, museum director (1973-78) and acting director (1998-2000).

He passed away on Sept. 20 after a lengthy illness.

“It is with great sadness that we mark the passing of our wonderful friend and colleague Peter Bunnell, one of the most essential figures in the history of photography and in the history of our museum,” James Steward, Nancy A. Nasher–David J. Haemisegger, Class of 1976, director, said in a prepared statement. “No one did more than Peter to shape the field of photography or our collections at Princeton – but equally his national and international influence was immense. He taught, mentored and shaped generations of students, scholars, curators and others. He was also one of the kindest people you could hope to know.”

Born in 1937 in Poughkeepsie, New York, Bunnell met the American photographer Minor White as an undergraduate at the Rochester Institute of Technology, where classes taught by White nurtured his burgeoning interest in photography, according to the statement.

“I took his classes, and, as was his practice, he drew a group of students around him outside the Institute,” Bunnell mentioned in prior reports, according to the statement. “These were informal sessions where he explored in more depth his philosophy and attitudes toward photographing.”

Bunnell went on to receive a Master of Fine Arts in photography from Ohio University in 1961 under the tutelage of Clarence H. White Jr., the son of noted American photographer Clarence Hudson White, as well as a master’s in art history from Yale University in 1965, according to the statement.

While at the Museum of Modern Art, Bunnell curated several important exhibitions, including the first survey of the work of Clarence H. White and the seminal “Photography into Sculpture,” which offered innovative new avenues to analyze and understand photography.

In 1989, Bunnell curated “Minor White: The Eye That Shapes,” which interpreted White’s photographic achievements in relation to past photographers such as Alfred Stieglitz, Ansel Adams and Paul Strand and traveled to six other venues, including New York’s Museum of Modern Art, the San Francisco Museum of Modern Art and the Museum of Fine Arts, Boston.

Ultimately, the archives of both Minor White and Clarence H. White came to Princeton under Bunnell’s auspices, according to the statement.

Princeton’s Minor White Project fosters research into and the publication of the artist’s work, legacy and influence, in part through a program of annual grants to scholars.

Through Bunnell’s leadership, the Princeton University Art Museum today holds one of North America’s most important repositories of historical photographs, including modern Japanese photography in which Bunnell was a pioneering curator and collector, according to the statement.

Through the generosity of several former students, the museum’s curatorship of photography was named in Bunnell’s honor in 2011.

“Peter was a natural storyteller who made the history of photography come alive,” Katherine A. Bussard, Peter C. Bunnell curator of photography at the Princeton University Art Museum, said in the statement. “We are forever grateful for this gift he shared with so many.”

Among the many significant volumes that Bunnell wrote and edited over the course of his long career are “Minor White: The Eye That Shapes” (1989), which won the George Wittenborn Memorial Book Award of the Art Libraries Society of North America; “A Photographic Vision: Pictorial Photography, 1889–1923” (1980); “Edward Weston on Photography” (1983); “Aperture Magazine Anthology: The Minor White Years, 1952–1976” (2012); and “Photography at Princeton,” published in 1998 on the 25th anniversary of the establishment of the museum’s photography collection.

Bunnell oversaw the exhibition of work by the photographer Harry Callahan for the U.S. Pavilion at the 38th Venice Biennale in 1978. He was a Guggenheim Foundation Fellow in 1979 and was an Honorary Fellow of the Royal Photographic Society.

A celebration of Bunnell’s life and career will be held at a later date.